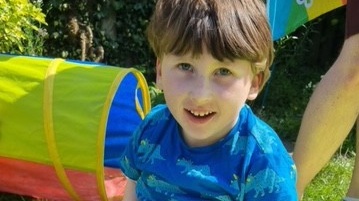 The National Maternity Hospital has apologised to a six-year-old boy with cerebral palsy for shortcomings in his care and the devastating injuries he suffered at birth.

The letter of apology was read in the High Court as Fionn Feely settled his legal action against the hospital for €18 million. Fionn has spastic quadriplegic cerebral palsy, cannot speak and needs 24-hour care.

His family’s counsel Liam Reidy SC, instructed by solicitor Lyndy Cantillon, told the court their case was that Fionn should have been delivered three hours earlier than he was. Their contention was that the injury to Fionn’s brain was towards the end of his mother’s labour.

“We say if he had been delivered in accordance with proper standards, there would not be brain damage,” counsel said.

A letter to the Feelys from the hospital’s master Prof Shane Higgins stated: “On behalf of the National Maternity Hospital I wish to sincerely apologise for the shortcomings in care during Mrs Feely’s labour and delivery in April 2015 and to Fionn for his devastating injuries.

“We do not underestimate how difficult and traumatic it has been for you and your family and acknowledge the challenges that you have faced on a daily basis since that time and we are truly sorry.”

Fionn’s parents, Stephen and Deirdre Feely of Mount Prospect Drive, Clontarf, Dublin, said in a statement outside the court that fighting for justice for their first born child has changed them.

“Like many people anticipating the birth of their first child, our hopes and dreams were wrapped up in one little person. Those dreams were shattered, and it is difficult to describe the devastation we experienced,” they said.

“The joy of holding our first-born child in our arms was taken from us. It was supposed to be the happiest days of our lives, it became our worst.”

Mr Feely said that over the last six years they have known sadness worry and grief on a daily basis but their son is “much more than his diagnosis”.

“Fionn is happy, funny, clever, mischievous, playful, inquisitive and above all loving,” he said. “ We are his world, and he is ours. Our hope now is that we finally have the opportunity to enjoy just being parents to Fionn, as opposed to primarily being his carers and then we will also have a chance to give him absolutely everything he needs and deserves to get the most out of his life.”

“No amount can account for what Fionn has lost or ever bring back the child that Fionn should have been, but this money will go towards giving him a future he can look forward to and thrive in.”

Fionn, through his father, sued the National Maternity Hospital of Holles Street, Dublin over the circumstances of his birth in April 2015.

It was claimed there were failures to properly manage the pregnancy and labour of Mrs Feely and to properly monitor the baby’s fetal heart rate.

It was further claimed there was failure to recognise and or act on the symptoms or signs of fetal distress and a failure to consider a caesarean section in the circumstance of elevated maternal temperature and pathological CTG trace.

The hospital admitted a breach of duty regarding the allegations made in respect of labour and delivery. It said a foetal blood sample should have been considered between 8.55pm and 9.10pm and consideration should have been given at 9.10pm or shortly thereafter to deliver Fionn by caesarean section.

In court, Mrs Feely said her son was on life support after his birth and he was not expected to survive being taken off it.

Fionn has a great personality and is a joy to spend time with, she said.

Approving the settlement, Mr Justice Paul Coffey paid tribute to the Feelys and said they were remarkable parents.