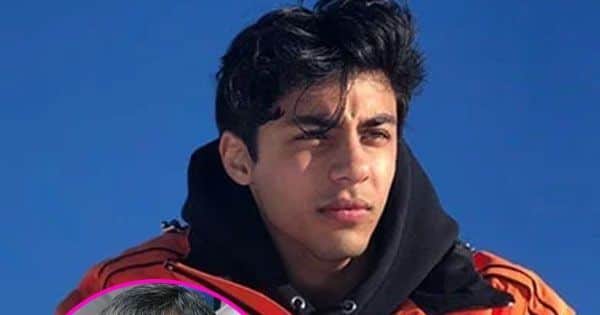 Shah Rukh Khan’s son Aryan Khan is currently being detained by the NCB. He will be in the custody of the Narcotics Bureau till October 7, 2021. He is being held along with his friends Arbaaz Seth Merchant and Munmun Dhamecha. The NCB raided a cruise-liner and took 8 people under custody for alleged consumption and purchase of drugs like charas, MDMA and ecstasy. Shah Rukh Khan has appointed senior advocate Satish Maneshinde to represent his son in the court of law. Everyone who tracks news has surely heard the name of Satish Maneshinde. It seems Satish Maneshinde told the NDPS Court, “My client was invited by the organisers. He had no boarding pass. Nothing was found with him. Subsequently, his mobile instrument was examined. Nothing was found in subsequent tests.” Also Read – Trending Entertainment News Today: Aryan Khan sent to NCB custody till October 7; Shamita Shetty on facing backlash after Raj Kundra’s arrest and more

Throughout 2020, he made news for representing Rhea Chakraborty after late Sushant Singh Rajput’s father filed a case against her for isolating his son, criminal conspiracy and alleged financial fraud. It was Satish Maneshinde who came to her rescue. People were surprised that she could afford someone like him whose fees are around Rs 15-20 lakh per day. But later, it was revealed that Satish Maneshinde cannot see ‘women in distress’ by Mahima Chaudhary and tries to help in whatever way he can. Also Read – Here’s all you need to know about Arbaaz Seth Merchantt, Aryan Khan’s friend who has been arrested by NCB in drugs case

He has been the saviour for Salman Khan in his legal issues. He defended him in the 1998 blackbuck poaching case. He also managed to get bail for him in the highly contentious 2002 drunk and drive accident that left a person dead. Salman Khan was later acquitted by the court. The lawyer worked for 10 years under India’s best known criminal lawyer, late Ram Jethmalani. He is from Dharwad in Karnataka and studied law from that city. He has said that he worked for 18 hours a day under Ram Jethamalani. Also Read – Shah Rukh Khan’s son Aryan Khan’s arrest in drug case: Pooja Bhatt, Suniel Shetty and more Bollywood celebs react to the shocking incident

In 1993, he represented Sanjay Dutt in the Bombay blast case. He was also in the legal team that defended him in the Arms Act case of 2007. Satish Maneshinde also represented Rakhi Sawant in an abetment to suicide case. Besides, he has worked on many high-profile non-Bollywood cases. Some of them are Daya Nayak’s assets case, the Shobhan Mehta match-fixing scandal and Chota Rajan’s wife Sujata’s organised crime case.

He is apparently very fond of expensive cars and has a plush office in Mumbai’s Worli area. Aryan Khan has been booked under sections 27 (punishment for consumption of any narcotic drug or psychotropic substance), 8C (produce, manufacture, possess, sell or purchase of drugs) and other relevant provisions of the NDPS act (Narcotics Drugs and Psychotropic Substances Act).