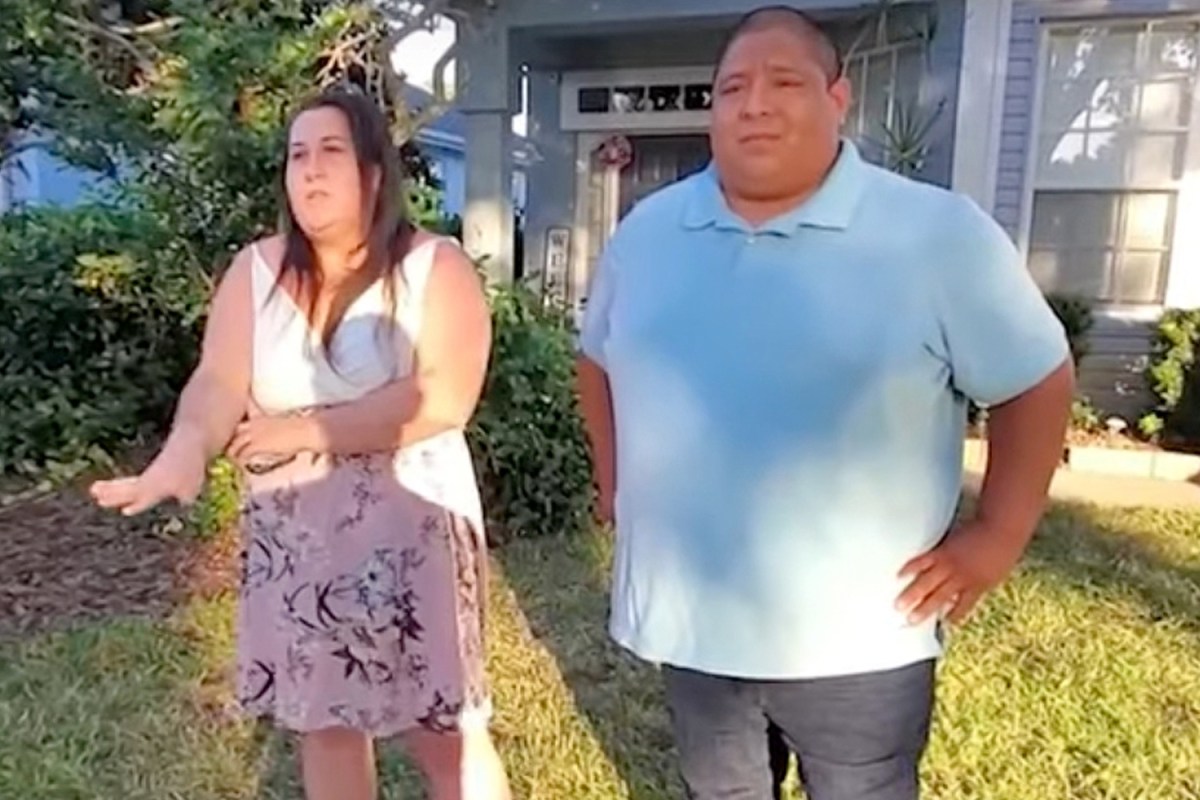 BRIAN Laundrie’s sister Cassie said she doesn’t know if her parents are involved in the disappearance of her brother or if her brother potentially killed fiance Gabby Petito while on a road trip, the recluse sister said while speaking out for the first time on Monday.

Cassie Laundrie, the sister of fugitive Brian Laundrie, has broken her silence outside her home on Monday, talking to protesters and answering questions regarding her knowledge of Brian’s whereabouts and supposed actions.

Standing outside her home just a few minutes away from her parents’ North Port, Florida house where protesters have been brewing for weeks, Cassie gave a bombshell interview and revealed she’s angry she’s been “thrown under the bus.”

Cassie first claimed that her brother didn’t talk about his fiance Petito at all while on the family road trip that she, her brother and her parents took upon Brian’s premature return alone from his cross-country road trip with Petito.

Laundrie’s sister then mentioned that Laundrie in fact flew back home following a police-involved fight with Petito and then rejoined her on their trip.

The biggest bombshell reveal came after Cassie said she “doesn’t know” if her brother killed Petito or if her parents are involved in his disappearance.

“Losing my parents and my brother”

“I am losing my parents and my brother and my children’s aunt and my future sister-in-law on top of this,” Cassie told protesters outside her home.

Asked to clarify what she meant by losing her parents, Cassie responds: “They’re not talking to us either,” followed by “if I knew, I would say, I don’t know,” when asked why not.

Cassie was then asked if she thinks her parents are involved, to which she responded “I don’t know.”

She then recounted their family trip to the campground, saying they arrived “at Fort DeSoto on the 6th and we got there around 2 o’clock. And we left around 8 because the kids had school the next day. We only stayed for about six hours.”

Her parents and brother were there with her, adding Brian “had s’mores, we had dinner.”

“Nothing came up,” Cassie responded when asked if Brian mentioned his fiance.

Cassie said she doesn’t understand why she’s been “thrown under the bus” with her comments to family lawyer Steven Bertolino, but said she’s “angry and upset” given their portrayal.

“This is not what we want to be doing. This is not how we want the world to find out when we’re angry and upset. But I can’t have my kids be crying for three days in a row.”

On September 1, Brian and her parents paid a visit to Cassie’s house, but Cassie didn’t know Brian was around.

“My parents wanted to surprise the kids to pick them up at school. I did not know that Brian was with them when we had previously planned to hang out with them.”

She then added that the FBI came by their home and they’ve cooperated, but the feds took nothing from the home.

Cassie then blamed the media, saying her words were “misconstrued.”

“The media ended up misconstruing what I said when they asked me if I’d seen my brother. Like I said in the beginning, they didn’t say have you seen Brian, it was ‘what’s the weirdest thing about this?’ It was that I haven’t been able to speak to my brother.”

She added she didn’t know if he had any additional burner phones.

Never seen Brian and Gabby in a fight

When asked if she had ever seen her brother and his fiance fight, Cassie replied with a simple “no.”

She was then asked to clarify what she meant, adding “I’ve never seen him be angry.”

One of the protesters said they’ve spoken to neighbors who said they’ve heard screams coming from Laundrie’s parent’s household where Laundrie and Petito were staying, but Cassie said they’ve gotten “into fights, like screaming” but nothing regarding domestic violence or what’s been reported.

“No domestic violence, we would have done something about that.”

“We’re not monsters being made out to be Brian’s shields.”

“I’m getting ignored by my family and thrown by them under the bus by my family’s attorney.”