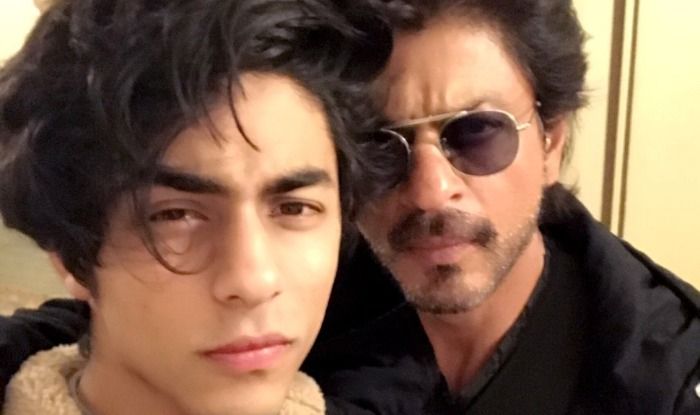 Mumbai: In a major setback, Aryan Khan’s NCB custody was extended till October 7, though no drugs were found from him during the rave party on Saturday (October 2). Now, as per the news agency IANS report and Times of India report, Shah Rukh Khan had to take the permission of NCB for a brief meet with his son, a couple of days ago and reportedly the 24-year-old Aryan cried before his father.Also Read – NCB Has Been Nice to The Kids: Aryan Khan’s Friend Arbaaz Merchant’s Father Speaks on Arrests

Aryan Khan along with 10 others was arrested on Sunday at the rave party. The other youngsters in the NCB net are – Munmum Dhamecha, Arbaaz Merchant, Vikrant Chhoker, Nupur Sarika, Ismeet Singh, Mohak Jaiswal, and Gomit Chopra, and the rest nabbed in the second NCB operation aboard the cruiser on Monday. Also Read – NCB’s Claims in Court: Aryan Khan’s WhatsApp Chats Show International Drug Trafficking, Codes to Procure Drugs

At a hearing on Monday, the Additional Chief Metropolitan Court R.M. Nerlikar also sent the two co-accused Munmun Dhamecha and Arbaaz Merchant to the custody of the Narcotics Control Bureau till October 7. After several hours of heated arguments between the NCB lawyers and the advocates of the three accused, the court rejected the latter’s plea for bail and sent them to the agency’s custody for another 3 days. In the order, ACMM Nerlikar noted that the accused (Aryan Khan) had accompanied the co-accused (Merchant) from whom the contraband drugs were recovered. Seeking extended custody for the accused trio till October 11, the Additional Solicitor-General Anil Singh argued that links found on Aryan Khan’s WhatsApp chats point to an international racket. Also Read – Aryan Khan Arrested: Shashi Tharoor, Sussanne Khan Slam People For ‘Witch-Hunting’ Shah Rukh Khan