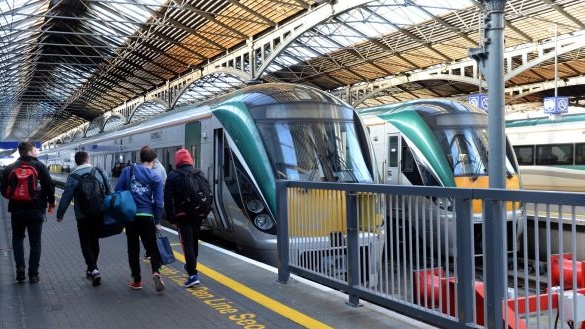 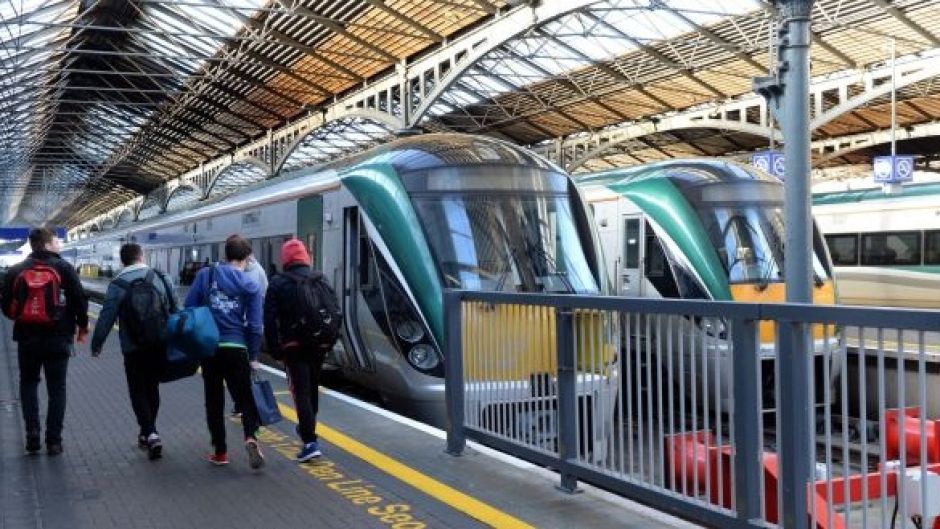 The Government has launched its National Development Plan (NDP) setting out record €165 billion in spending between now and 2030. Taoiseach Micheál Martin has said it is a “unique opportunity to shape the future of our country”. But what does it mean for transport, housing, climate action and jobs? Here are ten things we’ve learned from the plan for a major State spending spree over the next decade.

A new €320 million runway at Dublin Airport is due to be in operation next year but the NDP offers no indication of when arriving passengers will be able to get on a Metro train into the city.

The long-promised Metrolink project, which would also bring the major north Dublin town of Swords onto the rail network, has seen slippage in the expected completion date, with reports suggesting the first carriages may not pull into stations until 2034.

The NDP doesn’t offer much information for those waiting on the service. It lists its estimated completion date as “TBC” – to be confirmed. Its costs are simply put in the €1 billion-plus category. Plans to expand the Dart line are described as the “single biggest investment in the Irish rail network”. While the NDP outlines progress on the project it does not offer specifics on when it will be delivered.

A review of the transport strategy for the Greater Dublin Region will look at the proposed Navan rail line and Dart Underground. Expansion of the Luas lines are also under consideration.

The NDP includes a commitment to fund the development of a proposal for light rail in Cork and to look at the feasibility of such a service in Galway. The Cork commuter rail programme has an estimated completion date of 2026 and a goal of developing a network between Mallow, Midleton and Cobh with an electrified service that runs every 10 minutes. There is to be a review to examine how the Western Rail Corridor would be delivered.

BusConnects is to be rolled out to all five cities with the construction of core bus corridors expected to be “substantially complete” by 2030. As for cars, part of efforts to cut carbon emissions sees the NDP renew the commitment to have nearly one million electric vehicles on the road by 2030. There is to be additional charging infrastructure to cater for growth.

Given the Government’s commitment to climate action, Green Party leader Minister for Transport Eamon Ryan has offered no guarantee that every road in the NDP will go ahead, while saying he’s not ruling it out either. The scrapping or downgrading of roads further down the line will likely be a source of tension within the Coalition with Fianna Fáil and Fine Gael TDs keen to see local projects go ahead. For now the NDP includes all of the big road projects from the previous plan. It notes that some of these like the introduction of variable speeds on the M50 (due to be complete in early 2023) and the upgrade of the Dunkettle interchange in Cork (to be finished by the end of 2024) are currently under construction. Other road projects like the Cork to Limerick motorway, listed as the “N/M20”, in the plan and Galway City Ring Road are among 30 projects that are “subject to further approvals”.

It is little more than a month since the Government launched its €4 billion-a-year Housing for All plan, so the NDP unsurprisingly reiterates its goals. These include a commitment to deliver 33,000 new homes on average in the nine years to 2030. Of these, 10,000 per year are to be social homes and 6,000 affordable.

The Taoiseach called the plan the “most environmentally conscious” NDP in the history of the state. The Government has committed to increasing carbon tax to €100-per-tonne by 2030. The NDP says that over the period 2021-2030 the planned increases may allow for €9.5 billion in additional revenue. It is expected that €5 billion of this will be invested in energy efficiency including the National Retrofit Plan to improve Ireland’s housing stock as part of efforts to reduce carbon emissions while making homes warmer.

Another €1.5 billion is to go towards schemes to assist farmers in the decarbonisation of the agriculture sector. The remaining €3 billion will go towards tackling fuel poverty and to provide a “just transition” away from fossil fuels. The planned €35 billion investment in transport is to be weighted 2:1 in favour of public transport, cycling and walking over spending on new roads.

The NDP estimates that an annual average of around 81,000 direct and indirect construction jobs will be sustained by the investment over the course of the plan. It also claims that the plan will bring about growth in the economy with an estimated increased GDP of 1.6 per cent by 2030 than if investment remained constant at 2021 levels. Employment is expected to be 3 per cent higher by the same year than would otherwise be the case and wages could be up by 3.1 per cent more by 2030 due to the investment plan.

6. Keeping up with the demand for school places

The plan prioritises the delivery of extra primary and secondary school places to meet demographic demand through the “Large Scale Projects Programme”. There is said to be approximately 1,200 school building projects in the “current pipeline” most of which are expected to be either under construction or completed in the period 2021 to 2025. It is envisaged that an average of 150-200 school building projects will be delivered annually during those years. There is a goal of modernising schools “including as much as possible future proofing from a climate action perspective”.

The Taoiseach said the NDP will enable the transformation of the health service, delivering the investment framework necessary for the implementation of Sláintecare. That cross-party plan for the reform of the Irish health system has hit troubled waters in recent weeks with the resignation of key members of its implementation team.

The NDP says “capital investment has a key role to play in enhancing service provision, ensuring the delivery of high quality and safe health and social care, and as an enabler of the reforms set out in Sláintecare.”

Projects funded in the NDP that are said to support Sláintecare will include the continued roll out of Primary Care Centres across the country. The new National Children’s Hospital, which has been beset by delays and rising costs, is listed in the NDP with a commissioning completion date set as 2024. The planned move of the National Maternity Hospital from Holles Street to the St Vincent’s Hospital campus is mentioned as the first of a series of new maternity hospitals to be developed.

There are plans for almost €6 billion in investment by Irish Water by 2025 under themes of “quality”, “conservation” and “future proofing”. Investment will “continue to be prioritised to improve water and waste water quality through significant capital projects and delivery of national programmes.”

One major project – in the €1 billion plus category – is the plan to pipe water from the River Shannon to Dublin and the east coast. The estimated completion date is set as 2030 for the proposal to meet the water needs of the region that is home to 40 per cent of Ireland’s population. It is to involve an abstraction of water from the Shannon at Parteen Basin in Co Tipperary, treatment nearby, and a 170km pipe to a reservoir at Peamount, Co Dublin.

The project is also to facilitate options to reinforce supplies of treated water to communities such as Newport, Borrisokane, Cloughjordan, Mullingar, Carlow, Portlaoise, Navan and Drogheda.

9. Keeping an eye on costs

As has been the experience with the new National Children’s Hospital, the cost of major new infrastructure projects can spiral. The NDP comes with a plan for reforming oversight and implementation. Changes are being made to the Public Spending Code to “further drive effective delivery”.

Among other measures, an independent external review of projects over €100 million is being introduced “at two major decision gates in the project lifecycle”. These decision gates are when the preferred delivery option to achieve the objective is chosen and before a decision is taken as to whether or not to approve a project to go to tender.

The Taoiseach’s Shared Island initiative is to see funding of at least €1 billion by 2030. That’s a doubling of the €500 million sum due to be spent by 2025 for North/South projects. There is to be investment in information and communications technology for the Garda.

Continued investment in the Garda fleet to ensure it is “modern, effective and fit for purpose” is also promised. The plan to replace the Garda complex at Harcourt Street with a new building on Dublin’s Military Road is also referenced. The Department of Foreign Affairs is to continue its Global Ireland 2025 plan for doubling its footprint through the opening of at least 26 new missions around the world.