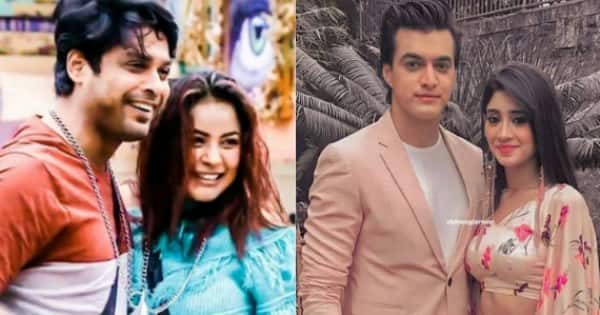 It’s almost evening now, which means it’s time to walk you through the top trending TV news of the day. So, let’s have a dekko at what made news in the Hindi TV world here: Also Read – Taarak Mehta Ka Ooltah Chashmah: Nattu Kaka aka Ghanshyam Nayak’s unseen pics with Bagha, Babita and Jethalal will leave a smile on your face

Sidharth Shukla passed away on 2nd September leaving everyone heartbroken. Since Shehnaaz Gill has been lying low. Her throwback videos with the actor have been going viral on social media every now and then. And one such video of the actress from the sets of Hosla Rakh has been going viral. In the video, a child actor who plays her son in the film is seen playing on an app. And the app had registered her name as Shehnaaz Kaur Gill Shukla on for the same, Seeing the name, Shehnaaz burst into laughter. And since, fans have been trending Shehnaaz Kaur Gill Shukla on Twitter. Also Read – Taarak Mehta Ka Ooltah Chashmah: Dilip Joshi, Mandar Chandwadkar, Asit Kumarr Modi and others celebrate 13 years of the show – view pics

As per the gossip mills, the security on the sets of Shivangi Joshi and Mohsin Khan starrer Yeh Rishta Kya Kehlata Hai. The makers are soon going to introduce some interesting twist in the show. And to keep the track under the wraps it was said that the makers kept everything strict. And now, the buzz has that the future story will revolve around Akshu and Aarohi.

Gurmeet Choudhary and Debina Bonnerjee surprised their fans with a traditional Bengali-styled wedding. “Finally,” both Debina and Gurmeet wrote in their posts. Check out their pictures below:

Abu Malik’s pet pooch passes away in a shocking incident

Abu Malik’s pet, a Tibetan Mastiff, Genghiz Khan passed away. The musician had taken him to a clinic as he had a pain in his leg for a couple of days. After doing an X-ray, he was informed that Genghiz was no more. The musician is heartbroken and has filed a complaint against the clinic demanding answers. A video of the same is going viral.

A video of Urfi Javed has been going viral on social media in which she was seen slamming the double standards of people who trolled her for her style statements and looks.

Check out the whole story here: Bigg Boss OTT contestant Urfi Javed takes a dig at double standards of those trolling her bikini looks; says, ‘When a star kid wears a bikini they are hot’ — watch video