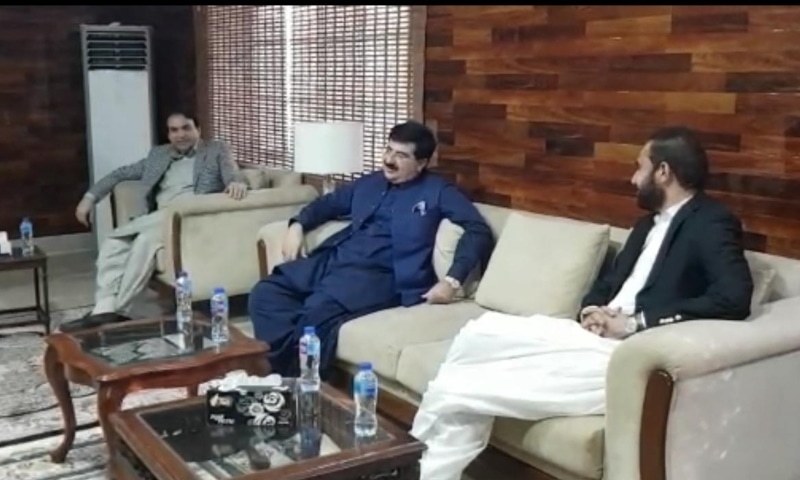 During his visit to Quetta, the Senate chairman met Bizenjo at his residence. Senators Sarfraz Bugti, Manzoor Ahmed Kakar and Abdul Qadir as well as other party officials also attended the meeting.

In a video statement, Bugti said that the Bizenjo’s concerns were heard during the meeting. “Dialogue is under way within the party,” he said, adding that the party leadership would use dialogue to resolve political differences with the disgruntled lawmakers.

He said the Senate chairman had gone back to Islamabad “as planned” and would make another visit in a day or two.

The party’s core committee also convened on Saturday and expressed serious concerns over “a political crisis” in the province. It also discussed the party’s parliamentary group’s demand for the chief minister’s resignation.

Meanwhile, Chief Minister Alyani hinted that a reconciliation was in the works, and called the BAP “the most democratic party” in Pakistan.

“The BAP is our party and Inshallah we shall resolve our matters ourselves,” he said. “Differences come, we discuss them, debate on them and Alhamdulillah solve them too.”

He said that he had met nearly six of the party’s disgruntled MPAs in a “good atmosphere”.

“Some individuals wanted to create more differences and wanted us to react […] but we all have shown great responsibility and respect to each other,” he said.