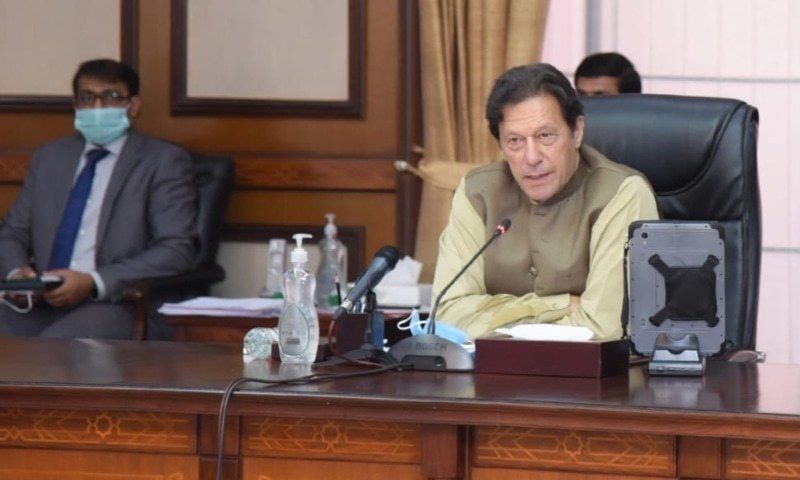 Prime Minister Imran Khan has set up a “high-level cell” to investigate the Pakistani individuals named in the “Pandora Papers” — a release of millions of documents detailing how leaders around the world have used offshore tax havens to stash assets worth hundreds of millions of dollars, Information Minister Fawad Chaudhry announced on Monday.

In a tweet, he said the investigation cell, formed under the Prime Minister’s Inspection Commission, will “question all individuals that are part of Pandora Leaks and facts will be placed before the nation”.

Minister of State for Information and Broadcasting Farrukh Habib said that the cell will determine whether public office holders had declared their foreign assets.

“If not, a corruption case will be referred to the National Accountability Bureau. In case of money laundering, the case will go to the Federal Investigation Agency,” he said.

He said for that non-public office holders, a tax evasion case will be forwarded to the Federal Board of Revenue.

Released by the International Consortium of Investigative Journalists (ICIJ) on Sunday, the exposé revealed that key members of Prime Minister Imran’s inner circle, including cabinet members, their families, political allies and major financial backers, have secretly owned an array of offshore companies and trusts holding millions of dollars of hidden wealth.

The documents contain no suggestion that Imran Khan himself owns offshore companies, according to the ICIJ.

Revealed: List of all Pakistanis named in Pandora Papers so far

Under the law, setting up an offshore company is not an offence or crime if the company is not involved in any illegal activity. However, those who have not declared these companies in their returns as assets can face legal action.

Among those whose holdings have been exposed are Finance Minister Shaukat Tarin and his family, Minister for Water Resources Moonis Elahi, former federal minister Faisal Vawda, and the son of PM’s former adviser for finance and revenue Waqar Masood Khan. The family of Minister for Industries and Production Khusro Bakhtiyar, PTI leader Abdul Aleem Khan, PPP’s Sharjeel Memon and PML-N’s Ishaq Dar’s son Ali Dar are also mentioned in the papers.

Some retired army officers, businessmen including Axact CEO Shoaib Sheikh, and owners of media houses have been named in the papers. The records also reveal the offshore dealings of a top PTI donor, Arif Naqvi, who is facing fraud charges in the United States.

In another tweet on Monday, Chaudhry said it was “very unfortunate” that the names of the owners of all of Pakistan’s major media houses were in the Pandora Papers “and some have been accused of money laundering [in the past”.

“The information ministry is commencing a transparent investigation in this regard and Pemra is being asked to seek answers [from the media moguls],” he said.

Minutes after the exposé was made public on Sunday, Prime Minister Imran had announced that his government would investigate all citizens named in the report.

“We welcome the Pandora Papers exposing the ill-gotten wealth of elites, accumulated through tax evasion & corruption & laundered out to financial ‘havens’,” the premier tweeted.

“My government will investigate all our citizens mentioned in the Pandora Papers and if any wrongdoing is established we will take appropriate action. I call on the international community to treat this grave injustice as similar to the climate change crisis.”