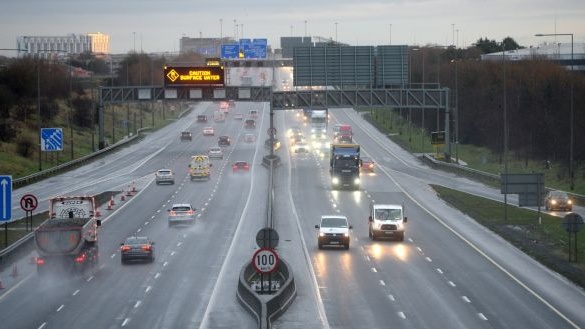 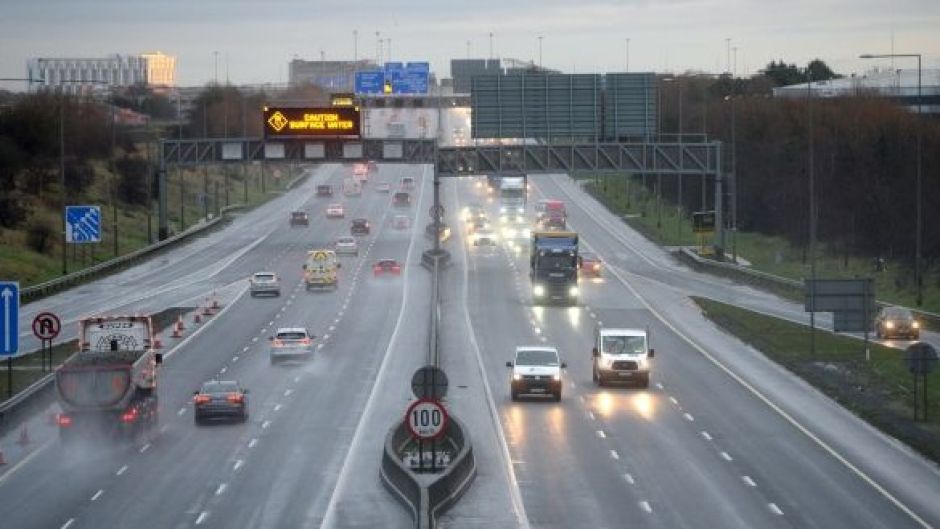 New digital signs on the M50 advising drivers of speed limits are due to be switched on at 11am today, Monday.

Under a €50 million plan to tackle increasing traffic volumes, the M50 is to become Ireland’s first “managed motorway” with controllers based in Dublin’s docklands being able to set variable speed limits, close lanes, divert traffic off the motorway and clear lanes for emergency vehicles.

The first step in the roll out of new measures to actively manage traffic flow on the M50, the overhead signs will initially be advisory. Drivers will be asked to reduce speed, only if there is an incident.

The signs are to be first switched on between Junction 6 (Blanchardstown / Castleknock) and Junction 4 (Ballymun). It is expected that for the first two weeks of operation, the system will only operate on the northbound carriageway between the hours of 7am and 7pm.

The signs will not be in operational next weekend, October 9th and 10th due to operational testing.

It is expected that the signs will extend to the southbound carriageway between Junction 6 and Junction four in the coming weeks, with progressive roll out across the motorway over the coming months.

Traffic numbers on the motorway rose 40 per cent between 2011 and 2019, and figures show that M50 traffic levels have returned to about 90 per cent of the June 2019 traffic levels.

Transport Infrastructure Ireland says the road facilitates the movement of up to €35 billion of goods each year, the movement of which must be actively managed to prevent costs in terms of delays and gridlock.

The move to managed motorways has not been without controversy elsewhere however. In the UK changes were recommended after revelations that there had been a sharp rise in near-misses on parts of the the Am25, the London ring road.

On Dublin’s M50 there is a hard shoulder in part of the motorway, while in others, the wider sections there are three lanes of travel, and a fourth lane between junctions, but no hard shoulders or refuge areas.

A spokesman for Transport Infrastructure Ireland said the motorway had been operating for some years with no hard shoulder in some sections. He the new scheme would actively improve safety on these sections by incorporating increased monitoring in real time, offering faster responses by emergency services.