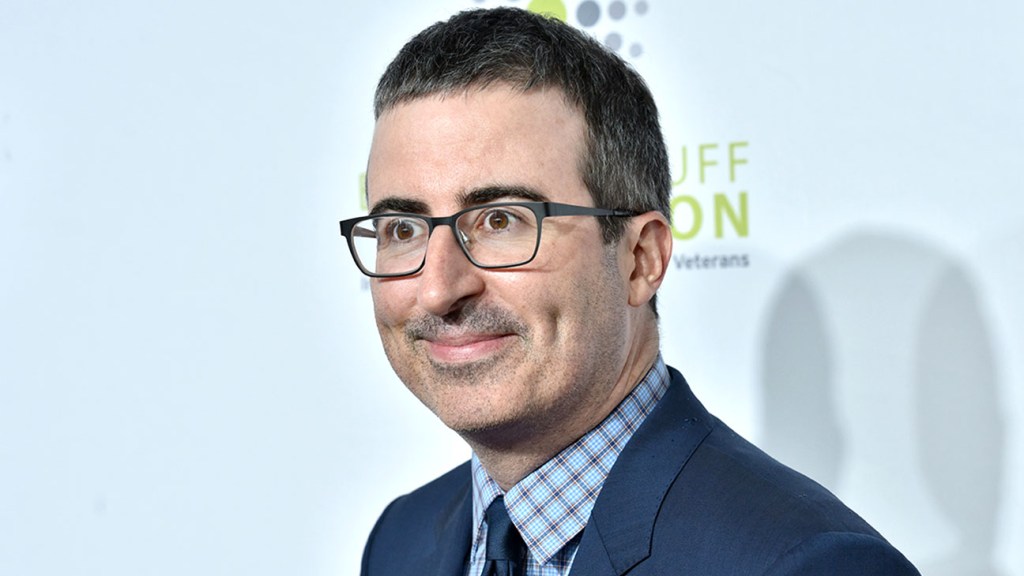 Dubbed the Build Back Better Act, the plan aims to “create jobs, cut taxes and lower costs for working families — all paid for by making the tax code fairer and making the wealthiest and large corporations pay their fair share,” according to the White House website.

But, Oliver noted, two Democratic senators — Kyrsten Sinema of Arizona and Joe Manchin of West Virginia — are holding it up. The two politicians have concerns that Biden’s overall bill is too big and, in effect, have angered their colleagues, according to the Associated Press.

Oliver noted some of the benefits of the plan, including expanded Medicare, free community college, steps to address climate change and that the projection that it could bring 4.3 million children out of poverty. “It is a big deal and would make this country a better place,” Oliver said.

However, in simple terms, Oliver noted that to pass the bill and avoid a filibuster, every single Democrat senator must be on board. Yet Sinema and Manchin need the support from their more progressive counterparts to pass a related $1 trillion public works bill that they want to pass.

“If all of this seems a little chaotic, Jen Psaki attempted to reassure reporters earlier in the week that it was all part of the process,” Oliver said, cutting to video of the White House press secretary comparing it on episode of a TV show. Asked by a reporter which show that might be, she said: “Maybe The West Wing if something good happens. Maybe Veep if not. I’m not sure.”

“Every administration wants to be The West Wing, and why wouldn’t they? It’s American fan-fiction written by a man drunk on liberal righteousness and weapons-grade cocaine,” Oliver quipped.

Oliver went on: “Unfortunately, though, this White House might be more of a Mr. Robot in that I’m not sure even the people involved know what’s going on and unless they’re very careful it might stop after four years.”

He also showed footage of a group of people who’d kayaked to talk to Manchin while he was aboard his yacht. He was asked by one of them what he plans to do about poverty, and he emphasized it was a priority — again, while aboard his yacht. “I’m not sure which stage of capitalism we’ve reached if we’re now kayaking out to a politician’s yacht to beg him to help the poor, but it’s got to be one of the last ones,” Oliver said. “I’m pretty sure it goes: ocean on fire; bookstore billionaire [Amazon’s Jeff Bezos] leaves the planet; then boat bitch says no, and it is basically over at that point.”

Oliver then called out Sinema for getting smart with a reporter who asked what she would “say to progressives who are frustrated they don’t know where you are.” Her response? “I’m in the Senate.” Asked again, she replied “I’m clearly right in front of the elevator.”

He likened the situation to one wherein a child tells his dad they are hungry, and the father replies, “‘Nice to meet you, Hungry. I’m Dad.’ I mean, yeah, you technically got me there and you certainly have a playful way with words, but I’ve got a fucking problem you are supposed to solve.”

He wrapped up by again emphasizing the intended benefits of the bill. “Look, this bill could benefit people’s lives, and if you are blocking it, you owe people more than vague platitudes shouted from the back of the boat and a cutesy ‘I’m in the Senate’ comment, because if these two keep these shit up, their window for saying ‘I’m in the Senate’ may rapidly be closing.”