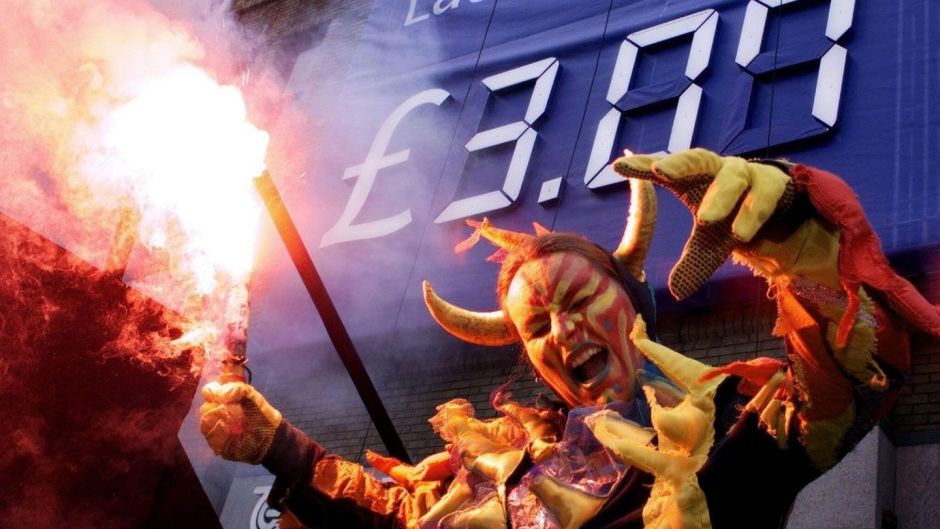 The Celtic Tiger was an epochal period in recent Irish history, yet its cultural footprint is surprisingly modest. Where is the great Celtic Tiger novel, television series or concept album?

Somebody will some day surely get around to giving us the definitive take on the country’s embrace of flashy, Loadsamoney capitalism through the late 1990s (which was quite distinct from the financial cataclysm of 2008 and the housing bubble preceding it). Until then we shall have to make do with documentaries such as Sold: The Eircom Shares Saga (RTÉ One, Monday, 9.35pm).

It is essentially Wolf of Wall Street meets Glenroe. When the government decided to sell off Eircom, in 1999, ordinary Irish people were encouraged to take a punt. Mary O’Rourke, minister for public enterprise at the time, tells the programme’s director, Tom Burke, that she never advised the public to pump their savings into the company. “I could not give any spoken affirmation you should buy,” she says.

A glossy ad riffing on Riverdance pitched the flotation as symbolic of an Ireland marching into the future. The sense was that investing in Eircom was much the same as banking on Ireland itself, that it would be almost unpatriotic not to

The ad was memorable. But the copyrighter Nick Kelly says that what was being advertised was highly nebulous. “There was almost nothing you could say about the product,” he recalls. “It’s a big thing … and it’s happening. That was it, really.”

A lot of people did very well out of Eircom. But not those who rushed to buy shares in July 1999. They saw red – as did their bank accounts – as Eircom’s value plunged in the teeth of the dotcom bust.

Instead the winners were Eircom employees, as represented by their unions, and those involved in the Tony O’Reilly-led consortium that later bought the company. Eircom, meanwhile, quickly became loaded with debt and reduced to a shadow of its former self (a process that started with the sell-off of its fast-growing mobile-phone division to Vodafone).

As an oral history of another great Irish debacle, Sold: The Eircom Shares Saga is riveting. It begins in the late 1970s, when Ireland felt like a failed state and installing a telephone could take more than 18 months. Tellingly, it was the pressure from multinationals that forced the country to develop a telecoms infrastructure fit for purpose. In 1999, not long before the Eircom float, Microsoft decided against locating a data centre here, supposedly because of the poor quality of our communications network. Something would have to be done.

If the Eircom saga is often glossed over in popular history, those stung by it have not forgotten. One man recalls his bank suggesting he borrow to buy extra shares

A business perspective is brought by journalists such Matt Cooper, editor of the Sunday Tribune in 1999, and Richard Curran, then RTÉ’s business editor, who describes the “frenzy around Telecom Éireann”.

Rather fewer politicians appear on camera. O’Rourke is the only member of the cabinet at that time to be interviewed. Nor is anyone lining up to shoulder blame for the harm done to the finances of so many ordinary citizens. O’Rourke says that anyone who got out early did well. “So many didn’t cash in when they could have had and make a decent amount of money,” she says.

But Sold:The Eircom Shares Saga is at its most revealing when turning away from the talking heads. Interviews with members of the public reveal that, if the Eircom saga is often glossed over in popular history, those stung by it have not forgotten. One man recalls his bank suggesting he borrow to buy extra shares. Another recollects a business adviser talking him out of investing £20,000 in Eircom.

“It was a con,” says Paul Sweeney, an economist with the Siptu union. “It appealed to people’s greed … The people owned [Eircom] already. They were being sold their own company.”