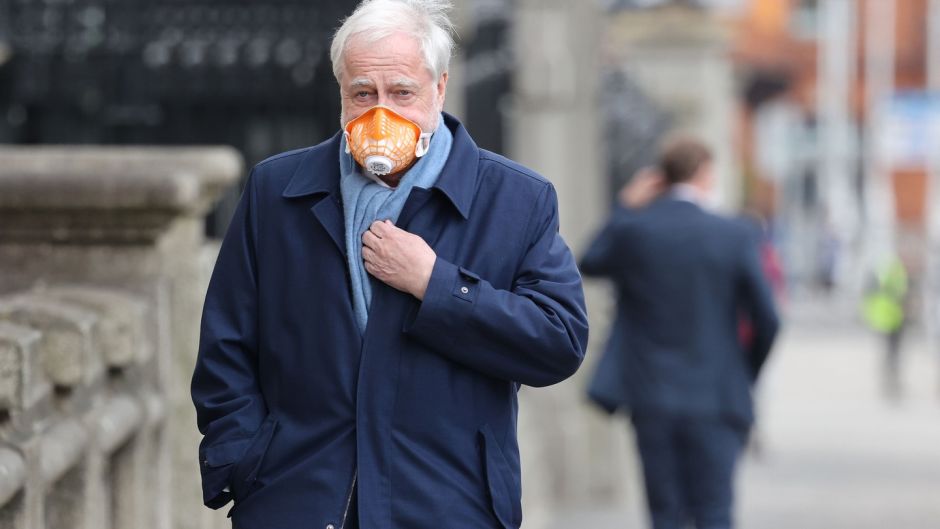 Attorney General Paul Gallagher acted in a private capacity for former Independent News & Media (INM) directors in a hearing with High Court inspectors, days before the Government said his private client work as a barrister had ceased.

Informed sources said Mr Gallagher, a senior counsel who had Government permission to work privately, was known in legal circles to have participated in a very recent cross-examination of a witness before the inspectors who are inquiring into INM’s affairs. The inspectors have been conducting hearings in private, sometimes on a Saturday to facilitate witnesses.

The disclosure of Mr Gallagher’s recent participation in a hearing in the INM case is likely to intensify the Opposition’s clamour for answers from the Government about the nature and scope of the attorney’s private work.

The Government said last Thursday that Mr Gallagher had “no continuing private professional obligations” but did not say when such obligations ceased. An authoritative source, who had said the previous day that Mr Gallagher’s work for the former INM directors was continuing, said after the Government statement that such work had stopped, but did not say when or why.

The statement followed a report in The Irish Times about his work for the former INM directors, one of whom – Len O’Hagan – remains on the board of Mediahuis Ireland, the Belgian-owned company that acquired the business in 2019.

There was no response from the Government on Sunday after it was asked when exactly the Attorney General stopped working for the former INM directors.

The inspectors were appointed by the High Court to carry out a company law inquiry into INM on foot of a request from the Office of the Director of Corporate Enforcement, the State’s business law enforcer. The company, which is the biggest private media organisation in the State, is publisher of the Irish Independent and Sunday Independent.

Labour TD Ged Nash has submitted a detailed parliamentary question to the Taoiseach, seeking answers about all private work undertaken by Mr Gallagher since he became Attorney General for a second time in June 2020. The Social Democrats and Sinn Féin have also questioned his private work.

Mr Nash asked the Taoiseach to set “the full title and record number of each and every set of legal proceedings including commissions, inquiries and inspections in which the Attorney General has acted as counsel since his appointment”.

The TD also wants Mr Martin to set out the proceedings in which Mr Gallagher “has acted as counsel for any party (other than the State or a Minister of the Government or any other State party since his appointment), whether in person or by virtual hearing”.

He has sought the dates when the Attorney General appeared, the date when any such hearing date was fixed and the identity of the instructing solicitor, and asked whether such cases were heard by means of virtual or in-person hearings.

Mr Nash asked the Taoiseach to say who authorised such work and whether authorisation was given on a general basis. He asked whether “the authorising parties were aware of the names of the clients” and the nature of the advice or professional service provided and the identity of the instructing solicitor in each instance.

He also asked whether there were instances were “no such authorisation was obtained and/or declined”.