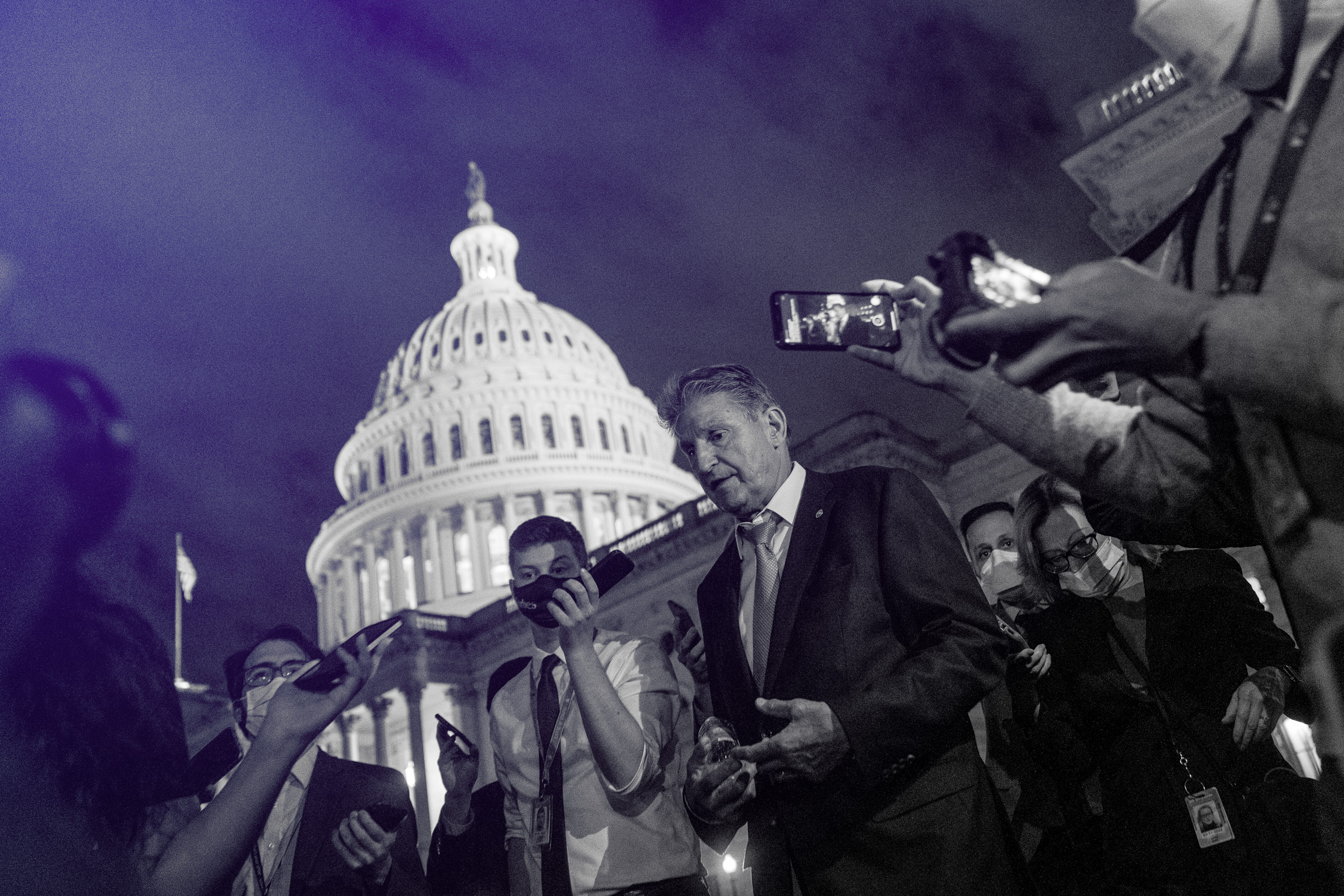 In the classic 1993 song, “Real Compton City G’s,” the rapper Eazy-E and his label mates put their foes on notice.

“Pranksters, studio gangsters, busters — but this time, you’re dealing with some real motherf——,” one line from the song says. In essence, it means: “The people I roll with and I aren’t like others you’ve previously dealt with. We’re serious.”

Progressive Democrats must have listened to the song Thursday night (I bet it’s on Wisconsin Rep. Mark Pocan’s Spotify playlist), because that vibe was on full display when the Congressional Progressive Caucus delayed a vote on President Joe Biden’s infrastructure bill. And good on them!

A majority of the caucus formed a bloc that promised to vote against the bipartisan infrastructure bill until conservative Democrats — namely, Sens. Joe Manchin of West Virginia and Kyrsten Sinema of Arizona — agree to use reconciliation to pass Biden’s ambitious economic program, the Build Back Better Plan.

“Nobody should be surprised that we are where we are, because we’ve been telling you that for three and a half months,” said Rep. Pramila Jayapal, D-Wash., chair of the progressive caucus.

In June, Pocan told Politico that he believed conservative Democrats such as Manchin and Sinema would be roadblocks to passing Biden’s agenda.

“Let’s face it, the problem is going to be, like, Joe Manchin and Kyrsten Sinema and a couple other folks,” Pocan said.

And back in May, Jayapal warned Democrats would spurn their voters if they didn’t follow through on their promises to enact progressive policies:

We can’t go back to voters and say, ‘You know what, I’m really sorry, but there are these racist, arcane Senate procedures that stopped us from doing what we said we would do if you gave us the House, the Senate and the White House.’

Thursday was a sign progressive Democrats in the House are willing to fight conservatives in their own party in order to pass Biden’s agenda. And if there was any doubt, a declaration from their Twitter account might make that clear.

Turns out, Covid vaccine mandates work. Good thing more are on the way.

Federal judges say they ‘mistakenly’ broke the law in these cases. Yeah, right.