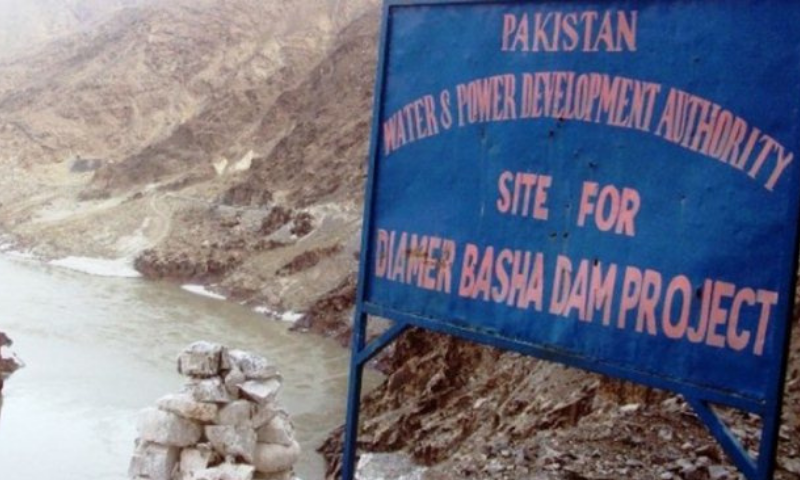 During the briefing on Diamer-Bhasha dam, the project authorities reported that construction work was being carried out simultaneously on eight different sites at present. These included access roads, permanent access bridge across River Indus downstream of the main dam, 21MW Tangir hydropower project, excavation of dam abutment from the top, diversion tunnel, diversion canal, diversion inlet and power intake.

Gen Sahir Mirza reiterated the army’s support for construction of the dam and said his institution stood committed to providing safe and secure environment in the project area so as to enable the project management to smoothly continue construction activities at all sites of the project.

The Wapda chairman and the commander 10 Corps visited various sites and expressed satisfaction over construction activities on a project of great national importance. The water storage-cum-power generation project is being constructed on River Indus 40km downstream of Chilas town and 180km upstream of Tarbela dam.

The Wapda chairman told Gen Mirza that Diamer-Bhasha dam was one of the most significant projects for sustained development in Pakistan as it would provide water for agriculture, mitigate floods and generate low-cost electricity. Therefore, he said, concerted efforts were needed by all stakeholders for its scheduled completion in 2028-29.

Muzammil Hussain said the project would change destiny of the nation by stabilising economy and alleviating poverty from the country. He said the project was already turning out to be a game changer for the locals as an amount of Rs78.5 billion was being spent on various development schemes as confidence building measures (CBMs) in the project area.

The project authorities told the visitors that CBMs relating to health, education, tourism and infrastructure development were being taken for the well-being of the locals in the project area. More than 16,500 employment opportunities will be created during construction of the project in a phased manner. The people residing in the project area are being given priority for the jobs as about 3,200 locals have already been employed by Wapda, consultants and contractors of the project.

Diamer-Bhasha dam will have a gross water storage capacity of 8.1 million acre feet (MAF) to irrigate 1.23 million acres of additional land. With installed power generation capacity of 4500MW, the project will provide more than 18 billion units per annum to the national grid.

Construction of the project will also have a positive impact on the annual energy generation of the existing hydel power stations, including Tarbela and Ghazi Barotha, which will increase by another 2.5 billion units. In addition, the life of Tarbela dam, which has been playing a pivotal role in the country’s progress since 1974, will also increase by another 35 years.