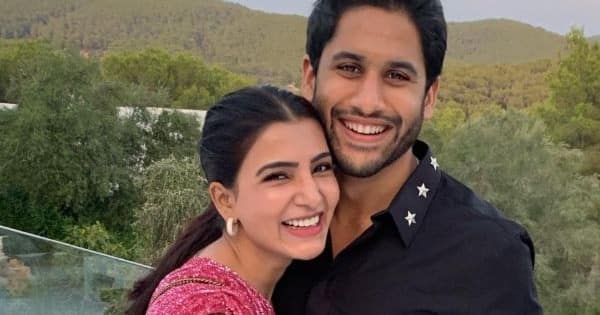 The entire entertainment world in the country, not just the Telugu or South film industries overall, has been shaken with the news of the impending divorce of Samantha Ruth Prabhu and Naga Chaitanya. They were considered one of the ideal couples in showbiz, a benchmark of other young couples to aspire for. It’s no wonder then that their sudden separation, with the real reason still unknown, has left many in shock. Now, in a bit to confirm that she’s well and truly moving on, Samantha Akkineni, has changed her name on social media, not long after her split from Naga Chaitanya was confirmed. Also Read – Samantha Ruth Prabhu and Naga Chaitanya had signed a prenuptial, ending any discussion around alimony?

No, the actress isn’t going again as Samantha Ruth Prabhu, her maiden name. Instead, she has decided to just go as ‘Samantha’, which could also be a statement of sorts – no need of the crutch of her surnames before or after marriage as she’s worked hard and achieved enough to be known by her name alone. For a while, during all the speculations of the couple’s split, she had changed her name simply to ‘S’ on social media, and now that their separation is out in the open, The Family Man 2 actress has wasted no time in going just as ‘Samantha’. Also Read – When Samantha Ruth Prabhu opened up about a past toxic relationship and said, ‘I am fortunate for a husband like Naga Chaitanya’

For the uninitiated, Tollywood’s popular couple, Samantha Ruth Prabhu and Naga Chaitanya, announced that they’ve separated via a join statement on social media, confirming that their marriage is definitely headed toward a divorce, and breaking several hears along their way as many, including close friends and family members were hoping against hope for a reconciliation. Also Read – Samantha Ruth Prabhu – Naga Chaitanya divorce: 5 reasons that made the ‘perfect’ couple part ways!