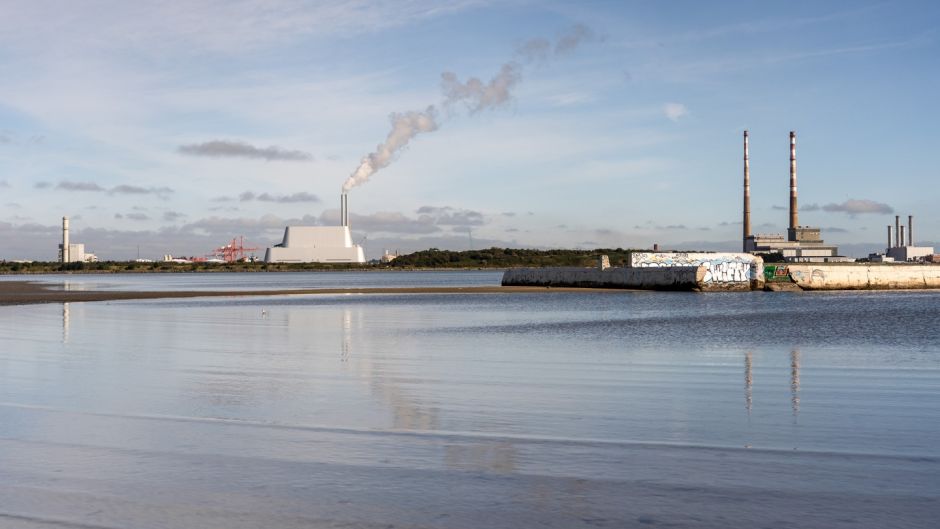 Ireland is not facing a “lights out scenario” this winter but maintaining a sufficient energy supply will be “incredibly challenging” in the medium to long-term, the chair of the Oireachtas Committee on Climate Action has said.

However, he noted that two gas-fired power stations which were unexpectedly out of action due to maintenance are “thankfully” to return to use in a few weeks.

“So I am not as concerned as I might have been a few weeks ago,” he told RTÉ’s Saturday with Katie Hannon radio show.

The current challenge is “in a way, intentional”, he said, as the State is trying to decarbonise its energy system.

“Renewable energy is variable,” he acknowledged, and Ireland is attempting to produce 70 per cent of its energy from renewable sources by 2030.

Last year 43 per cent of electricity came from renewable sources, according to EirGrid.

Mr Leddin was speaking after EirGrid, the State-owned operator of the national electricity grid, warned that there are immediate risks to Ireland’s electricity supply, while a crisis is developing in the longer term unless action is taken.

The Commission for the Regulation of Utilities responded by ordering interventions to boost supply, including maintaining coal and oil-burning plants beyond their scheduled closing dates.

Electric Ireland announced on Friday that it would increase prices for residential customers for the second time this year. Electricity prices for domestic users will jump by 9.3 per cent from November 1st, while gas bills will rise by 7 per cent.

Mr Leddin said representatives from Eirgrid and the energy regulator will be before the Climate Action committee on Tuesday to answer “some hard questions” about capacity constraints.

Asked about voting against a motion to implement a moratorium on developing data centres, Mr Leddin said such a step would be a “very blunt instrument” as areas along the west coast have “serious capacity” for renewable energy generation.

In a report published on Wednesday, EirGrid estimated that by 2030 data centres may account for up to 33 per cent of all energy demand in the Republic. These warehouses will be the key driver of demand growth for the foreseeable future, the operator said.

People Before Profit TD Bríd Smith said it was ironic the Green Party is prioritising the interests of the data centres industry and the wind energy sector.

She claimed people across Ireland were shocked by the Green Party’s position. If the party was in opposition it “would be coming down on it [the Government’s position] like a tonne of bricks”, she said.

Sinn Féin’s Pádraig Mac Lochlainn agreed it was “extraordinary” the Greens did not support the motion. Data centre developers have had an “open house now for a number of years” and a moratorium is now needed, he said.

Mr Mac Lochlainn TD said there is an “incoherent contradictory policy” at the hear of government in relation to Ireland’s energy system.

Mr Leddin rebutted the criticisms as painting a “one-dimensional” narrative. He said Eirgrid is currently managing the situation around data centres “very well”.

The Green TD, who is also a qualified mechanical engineer with a Master’s degree in renewable energy systems technology, added: “I think we should leave it to the experts, rather than the politicians.”