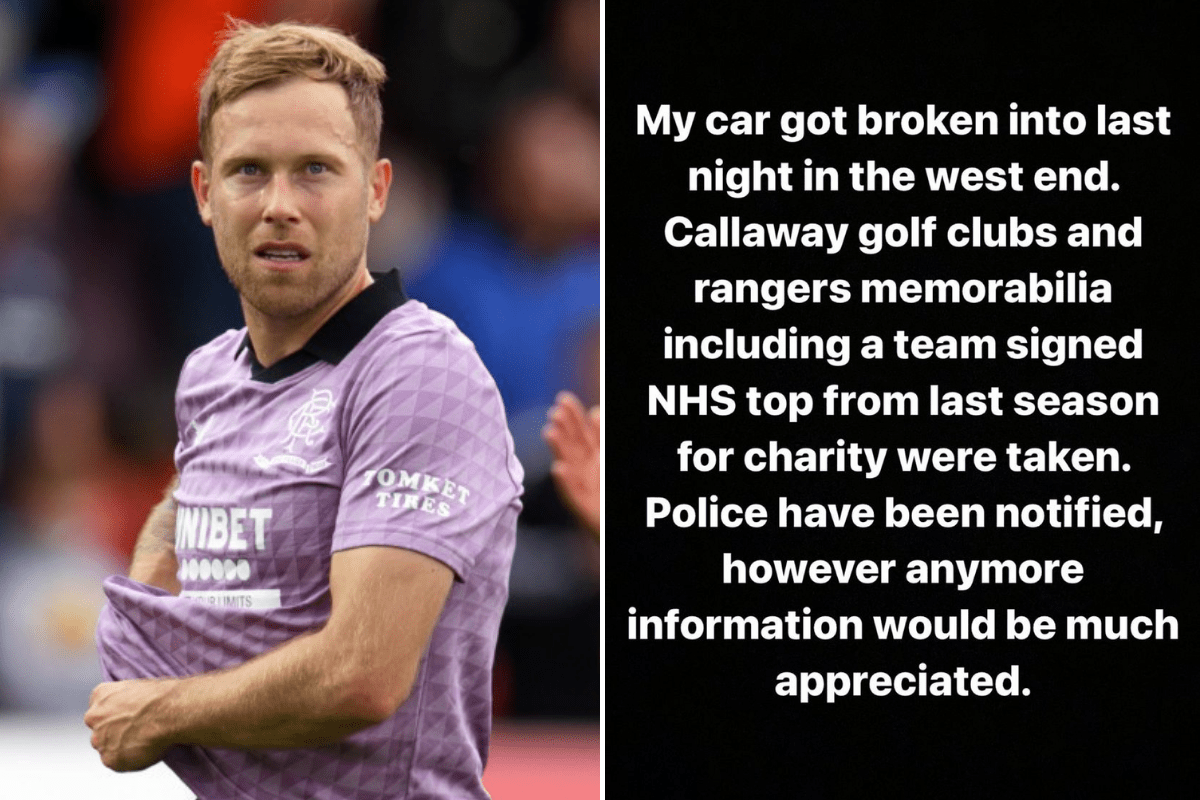 RANGERS ace Scott Arfield revealed he was targeted by thieves who broke into his car.

The midfielder, 32, said his plush motor was raided in Glasgow’s West End on Saturday night.

He revealed golf clubs and a top signed by the Ibrox squad — which was for a charity — were among the goods swiped by raiders.

Cops are understood to be investigating the theft.

The star posted on Instagram and asked fans for help in tracing his stolen items.

He told his 27,000 followers: “My car got broken into last night in the west end.

“Callaway golf clubs and Rangers memorabilia, including a team signed NHS top from last season for charity, were taken.

“Police have been notified, however anymore information would be much appreciated.”

Arfield signed for Rangers in 2018 and has scored 21 goals in his 86 appearances for the Ibrox side.

It comes after Rangers moved back above Hearts and a point clear going into the second international break after their win at Ibrox.

Alfredo Morelos made it goal number 99 for the Ibrox side in hitting the winning goal this afternoon.

The game was turned on its head on the half-hour mark.

Ryan Porteous with a typical rush of blood to the head and went flying into a challenge on Joe Aribo.

It was rash and wild and Nick Walsh thought the same, showing the centre-back a straight red.

We pay for your stories and videos! Do you have a story or video for The Scottish Sun? Email us at scottishsundigital@news.co.uk or call 0141 420 5300