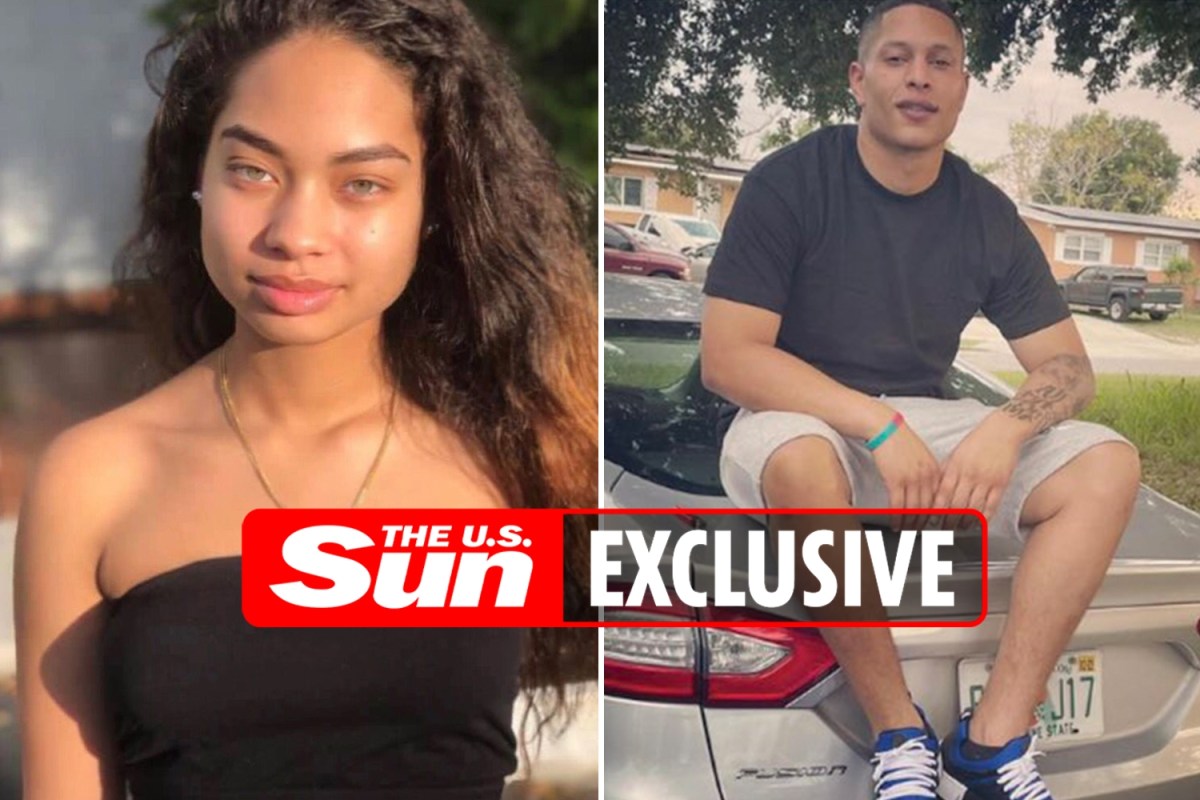 FAMILY members of Miya Marcano say they’re feeling “angry” and “devastated” after remains believed to belong to the missing teen were found in a wooded area by police on Saturday.

After a tireless week-long search, police found the body at around 10.45am this morning near the Tymber Skan apartments in Seminole County, Florida.

Orange County Sheriff John W. Mina said during a press conference that while a medical examiner has not yet confirmed the identity he is “very certain” the remains belong to Miya.

A purse with Marcano’s identification was found near the body and detectives notified Marcano’s family this morning, he said.

Speaking exclusively to The Sun, Miya’s cousin Caili Sue said the family has been left “devastated” by the tragic discovery, having previously voiced confidence and hope that she’d be found alive.

“We are devastated. We are angry and we know our lives have now been changed forever,” Caili said. “Everyone has been very somber since the announcement.”

Caili, of Fort Lauderdale, is among a number of family members who have been in Orlando for the last week assisting law enforcement in the search for Miya.

She said that the family will remain in Orlando while they wait for the outcome of the autopsy.

They will then start planning funeral services in South Florida once her body has been released to them, Caili said.

“We are not leaving without Miya,” she added. “We will get justice for her once things die down and we bring her home.”

We’re not leaving without Miya. We will get justice for her.

Miya, a 19-year-old sophomore at Valencia College, was last seen at around 5pm on September 24 at the Arden Villas apartment complex where she lives and works in the building’s letting office.

She had been due to fly to Fort Lauderdale to visit her family that night but never boarded the plane.

A subsequent search of her apartment showed signs of a violent struggle: the door to her bedroom was barricaded, the room was in a state of disarray and there was a bloodstain on Miya’s pillow.

The prime suspect in the case, Armando Manuel Caballero, a 27-year-old maintenance employee at the complex, was found dead from an apparent suicide on Monday.

According to police, Caballero had repeatedly expressed “romantic interest” in Miya prior to her disappearance – unwanted advances that were routinely rebuffed by the teen.

He was also known to be in possession of a master key that was used to enter her apartment at 4.30pm on Friday, around 30 minutes before Miya finished work and was last seen.

The morning after, Caballero was caught on camera carrying gloves and a blanket, as well as a backpack, out of his car before entering a building.

Caili previously told The Sun that Caballero was “obsessed and infatuated” with Miya, and “constantly” texted her despite her making it clear she wasn’t interested in him.

She said Miya told at least two of her friends that Caballero’s advances and behavior made her feel uncomfortable.

Westmaas encountered the maintenance worker outside of the apartment on the morning of September 25 as they waited for police to arrive.

“He was trying to leave. His lights were off,” Westmaas recounted. “He said, ‘Are you looking for Miya?’ I said, ‘Who are you?’ He said, ‘I’m the maintenance guy. I heard you’re looking for me’. I didn’t know who this guy was at the time.”

Caili said the family found the encounter “weird” because they hadn’t yet publicized that Miya was missing.

The teen’s father, Marlon Marcano, then approached Caballero and asked if he had been in contact with his daughter.

Caili said Caballero was acting skittish and seemed “quite nervous”.

He answered a series of questions from police, claiming to them he had last seen Miya at 3pm on Friday, before leaving.

Police later issued a warrant for his arrest on a burglary charge after discovering he’d entered Miya’s apartment without her knowledge or permission.

Caballero was then found dead on Monday, with 911 audio revealing how his lifeless body was found hanging in a maintenance garage at the Sabal Club apartment complex in Seminole County.

Caili said the family is enraged by Caballero’s suicide, accusing him of taking the “cowardly way out.”

“We are angry because he’s left us with some many questions, questions that may go forever unanswered because there may be things that only he was only present and only he’ll ever know.

“I just feel really angry and frustrated because I felt like we had him and then he was gone.”

Orange County Sheriff John Mina said he had been dead “for some time” when he was found by deputies.

Then on Saturday, Mina announced that investigators had found remains that they believed to belong to Miya.

The body was apparently found in a wooded area near the Tymber Skan apartments in Seminole County where Caballero once lived.

“Nothing in the records indicate that he ever returned there before he killed himself,” Mina said.

An autopsy will determine a cause of death and a medical examiner will positively identify Marcano.

In a statement to reporters on Saturday, Mina said his department has been left heartbroken by the tragic discovery.

“Our hearts are broken,” Mina said. “Hundreds of Orange County Sheriff’s Office personnel were committed to this case and working very hard. Everyone wanted this outcome to be different.

“As a community, as a father, we are grieving the loss of Miya. We can’t imagine the pain of Miya’s family, loved ones, friends and really our entire community has gone through.”