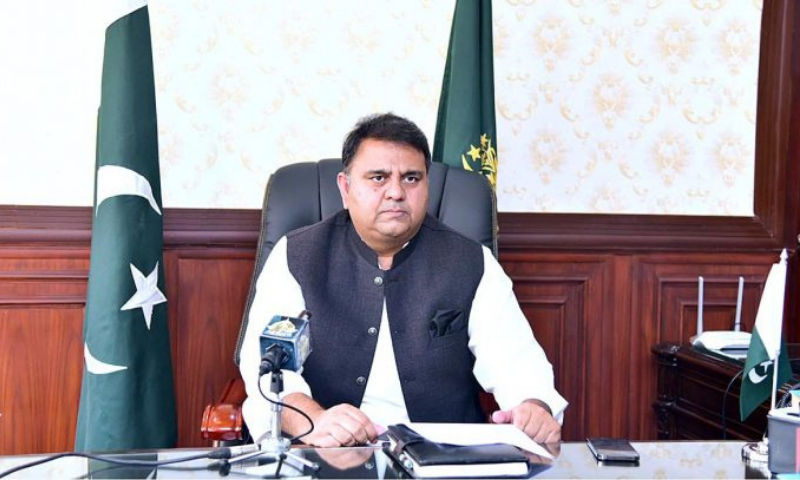 “Panama Papers revealed offshore assets of very corrupt people. Now another research of ICIJ (International Consortium of Investigative Journalists) is coming. PM Imran stressed upon rich countries that hiding of poor countries’ money in rich countries should be discouraged,” he said in a tweet.

When details of money being moved from poor countries to rich countries are shared through Pandora Papers, like the Panama Papers previously, it would “further strengthen” PM Imran’s stance, he added.

“We expect that this research, like Panama [Papers], will open new avenues of transparency and become another reason to discourage corruption,” Chaudhry said.

According to the ICIJ, the Pandora Papers is the consortium’s most expansive exposé of financial secrecy yet, even larger than its predecessor, the explosive Panama Papers, which had set off alarm bells across the world.

More than 600 reporters from around the world, belonging to 150 media organisations spanning 117 countries, participated in the research for two years for the Pandora Papers, which contain 11.9 million files.

From Pakistan, investigative journalists Umar Cheema and Fakhar Durrani of The News International were part of the investigation.

The exposé will be made public today at 4:30pm GMT, which means 9:30pm Pakistan Standard Time.

Panama fears the publication of the new exposé about financial secrecy in global tax havens could again taint its reputation, which was seriously damaged by the Panama Papers scandal, according to a government letter released by local media.

“The damage could be insurmountable,” the Panamanian government said in the letter, sent through a law firm to the ICIJ.

The letter warns that “any publication” reinforcing “a false perception” of the country as a possible tax haven “will have devastating consequences for Panama and its people.”

The letter from the Panamanian government also references some of the reforms that the Central American country has made in recent years, although it remains on the EU list of tax havens.

It also indicates that since 2016 the registration of more than 395,000 companies and foundations has been suspended, around half of those existing at that time.

The government fears that Panama will again be the epicentre of a new global tax havens scandal like the one that followed the ICIJ’s disclosure of the Panama Papers in 2016.

The leak, linked to the Panamanian law firm Mossack Fonseca, damaged Panama’s international image, despite the fact that most of the companies involved were overseas.

The investigation revealed the concealment of properties, companies, assets, profits and tax evasion by heads of state and government, political leaders and personalities from finance, sports and the arts.

Since then, Panama has carried out various legal reforms to strengthen banking controls and penalise tax evasion with jail time.

The Panama of 2016 “is nothing like the Panama of today”, the government said in its letter.

The Panama Papers comprise 11.5 million leaked documents that detail financial and attorney-client information for more than 214,488 offshore entities. The documents, some dating back to the 1970s, were created by, and taken from, Panamanian corporate service provider Mossack Fonseca and were leaked in 2015 by an anonymous source.

While offshore business entities are legal, reporters found that some of the law firm’s shell corporations were used for illegal purposes, including fraud and tax evasion.

John Doe, the whistleblower who leaked the documents, remains anonymous, even to the journalists who worked on the investigation. “My life is in danger,” he told them. In a May 6, 2016 statement, John Doe cited income inequality as the reason for his action, and said he leaked the documents “simply because I understood enough about their contents to realise the scale of the injustices they described”.

The documents were dubbed the Panama Papers because of the country they were leaked from; however, the Panamanian government expressed strong objections to the name over concerns that it would tarnish the government’s and country’s image worldwide, as did other entities in Panama and elsewhere.

More than 100 media organisations participated in the investigation, which led to taxmen in 22 countries worldwide raking in more than $1.2 billion in fines and back taxes.