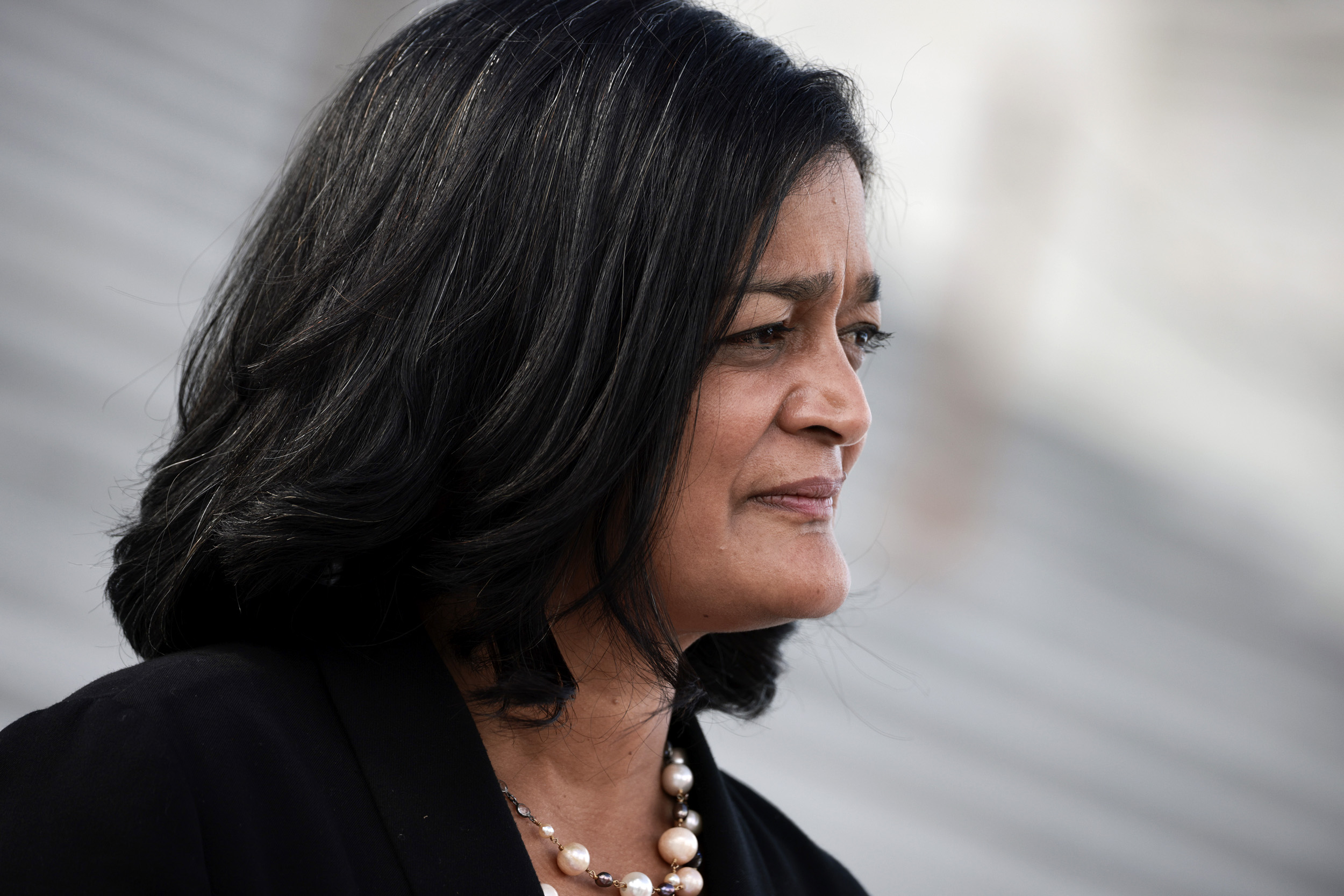 After weeks of threats and tough talk, progressives in the House pulled the trigger on Thursday and forced House Speaker Nancy Pelosi to call off a widely anticipated vote on President Joe Biden’s bipartisan infrastructure bill. Their demand was that another bill — Biden’s Build Back Better Act, a wish list of progressive policies such as expanded health care, a permanent child allowance and ambitious climate policy — be passed first.

It was an extraordinary moment: Progressive lawmakers have often made demands to Democratic leadership but ultimately caved, either because they lacked the numbers to exert real leverage or out of fear of being labeled spoilers who allow the perfect to be the enemy of the good. But this time, under the leadership of the increasingly powerful House Progressive Caucus chair Rep. Pramila Jayapal, D-Wash, they held the line.

Jayapal and her allies should be praised for taking a stand — the Build Back Better bill, also known as the reconciliation bill, is a hugely important opportunity to pass policies that could help transform the American social contract, and letting the worthwhile-but-much-less-ambitious bipartisan infrastructure bill pass first could have been its death knell. House progressives have shown they have a spine — and it will strengthen their negotiating power in debates to come.

The basic argument that progressive Democrats made is that if they passed the Senate’s $1.2 trillion infrastructure bill on Thursday, then they would’ve lost the leverage to insist on passing the much larger $3.5 trillion Build Back Better Act. The infrastructure bill would provide a big boost in funding for roads, bridges, public transit and broadband development, and make for a widely appealing, uncontroversial policy package that establishment Democrats are keen to pass.

Progressives had objections to some of the provisions of that bill, including funding for fossil fuels, but they’ve signaled they will back it — if they get the Build Back Better Act. Build Back Better would, among other things, cut prescription drug prices, fund child care and universal pre-K, expand Medicare, fund paid family leave, finance two free years of community college, make the hugely expanded child tax credits permanent and introduce a host of policies to shift the economy toward renewable energy.

The problem for progressives is that a deal on Build Back Better has been held up in the Senate by conservative Senate Democrats Joe Manchin and Kyrsten Sinema. While they’ve explained that they want the package to be smaller, they’ve declined to provide specifics about cuts despite constant pleas from Democratic leadership and progressives to come to the negotiating table.

So Jayapal decided enough was enough and that she had to draw a line. “We are now in the verify stage. This isn’t about trust. This is about verify,” she said to MSNBC’s Lawrence O’Donnell on Tuesday in regard to dealing with the centrist Democratic holdouts. “And the only way to verify is to pass the reconciliation bill first as was articulated, and then we will happily come back and vote for the infrastructure bill.”

On Thursday Jayapal took a stand, in a break from recent tradition. Consider how progressive Democrats once fiercely advocated for including the public option in President Barack Obama’s Affordable Care Act, but ultimately agreed to back it without that vital provision. This time, by contrast, they stood their ground.

“There’s a long history of progressive Democrats saying they will do a thing and it petering out,” University of Chicago political scientist Ruth Bloch Rubin told Vox Thursday. “This may be the first time that Democrats are taking their threats more seriously.”

The new confidence is a testament to the leftward shift of the party — during the Obama years, House progressives were often seen as out of touch with policy realities and at odds with the president; during this administration, the president leans on the bigger progressive caucus within the House to defend his policy ideas. And while the fiscally conservative Blue Dog Coalition was a rising power player among House Democrats during the Obama years, they now command just a fraction of the power they once did.

It also speaks to the Democrats’ increasing confidence that sweeping social spending appeals to the public and is not something for which they should apologize. That instinct should serve them well with both these pieces of legislation: The infrastructure bill and the Build Back Better Act are supported by a majority of the public.

House progressives could still have some major obstacles ahead. Manchin and Sinema could still decline to strike a reasonable deal on Build Back Better, in which case progressive Democrats could be faced with deciding whether to vote against both bills or accept compromises they once deemed unacceptable. Their reputation as serious negotiators would again be on the line. But for now, they’ve finally made it clear that they’re more than just talk.

Zeeshan Aleem is a writer and editor for MSNBC Daily. Previously, he worked at Vox, HuffPost and Politico, and he has also been published in The New York Times, The Atlantic, The Nation and elsewhere.