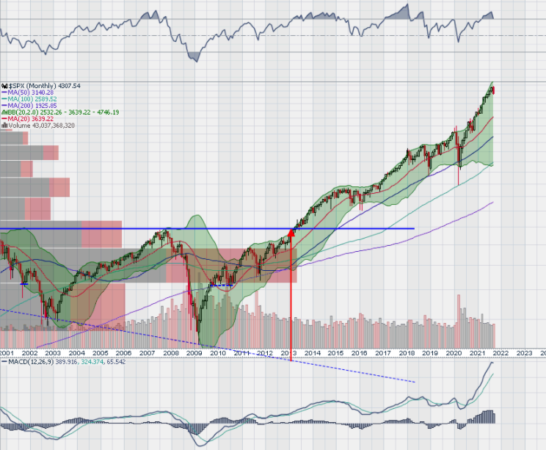 The last review of the macro market indicators saw with the September Triple Witching in the books, equity markets continued to show some signs of short term weakness. Elsewhere looked for Gold ($GLD) to continue its pullback in consolidation while Crude Oil ($USL) continued a short term move higher. The US Dollar Index ($DXY) continued to move to the upside while US Treasuries ($TLT) consolidated. The Shanghai Composite ($ASHR) looked to continue to pullback from resistance while Emerging Markets ($EEM) continued a short term move lower.

The Volatility Index ($VXX) looked to remain at moderate levels removing the stimulus for equity markets to the upside. Their charts reflected this, especially on the shorter timeframe with the $SPY and $QQQ continuing to pullback. On the longer timeframe the QQQ and SPY remained in healthy uptrends. The $IWM remained detached from them in consolidation on both timeframes.

The week played out with Gold finding a bottom Thursday and reversing while Crude Oil met long term resistance and paused. The US Dollar moved up to new 52 week highs out of bottoming consolidation while Treasuries fell back and consolidated at 3 month lows. The Shanghai Composite continued the move lower in a shortened week while Emerging Markets are back testing the long term breakout level as support.

Volatility pushed up to the highs reached 3 times in the past 3 months but this time held there for the week. This put continuing pressure on equities and they moved lower all week. The IWM started higher Monday before gapping lower and continuing. The SPY and QQQ had small moves lower to start the week before they gapped down and continued. This resulted in the SPY marking its first drop of more than 5% since March and the QQQ nearly equaling it’s better than 7% pullback from April. What does this mean for the coming week? Let’s look at some charts.

The SPY came into the week consolidating at the 50 day SMA after bouncing off the 100 day SMA. It held there Monday and then gapped down Tuesday, back to the 100 day SMA. It held there Wednesday and then dropped through to a new low Thursday. Friday it reversed higher after trading more than 5% off the all-time high, printing a Piercing Candle, nearly fully recovering the Thursday drop. The daily chart shows the RSI bouncing near oversold in bearish territory with the MACD falling and negative. The Bollinger Bands® are opening to the downside.

The weekly chart shows the potential of support at teh 20 week SMA in this pullback. The RSI is making a lower low but remains strongly in bullish territory while the MACD is dropping but also high in positive territory. The Bollinger Bands on this timeframe remaining pointing higher. There is support lower at 430.50 and 428.50 then 425.50 and 423 before 420. Resistance higher comes at 436 and 437.50 then 441 and 444 before 447. Pullback in Uptrend.

With only one quarter of the year remaining, equity markets are staging their biggest pullbacks since the spring. Elsewhere look for Gold to consolidate while Crude Oil consolidates in an uptrend. The US Dollar Index continues to trend higher while US Treasuries pullback. The Shanghai Composite looks to continue in consolidation while Emerging Markets trend lower but are at support.

The Volatility Index looks to at moderate levels making things more difficult for equities to improve. Their charts remain mixed with the SPY and QQQ strong with digestive pullbacks on the longer timeframe, but in downtrends on the shorter timeframe. The IWM remains in its long sideways consolidation. Use this information as you prepare for the coming week and trad’em well.

Join the Premium Users and you can view the Full Version with 20 detailed charts and analysis: Macro Week in Review/Preview October 1, 2021

If you like what you see above sign up for deeper analysis and trading strategy by using the Get Premium button above. As always you can see details of individual charts and more on my StockTwits page.

The information in this blog post represents my own opinions and does not contain a recommendation for any particular security or investment. I or my affiliates may hold positions or other interests in securities mentioned in the Blog, please see my Disclaimer page for my full disclaimer.