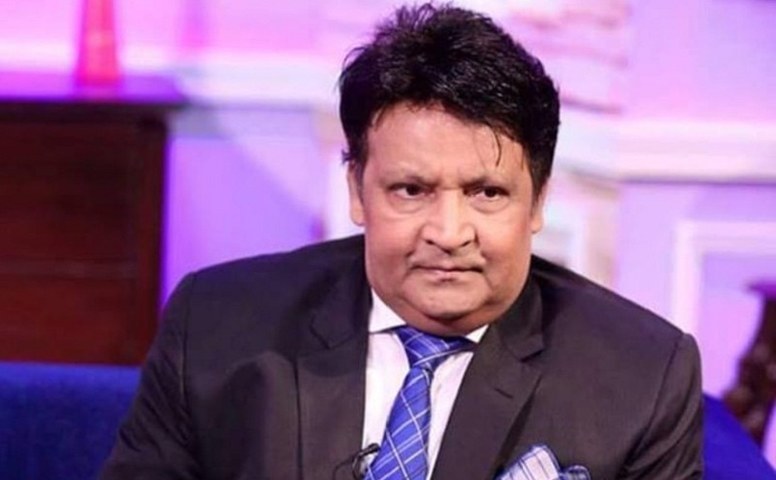 Legendary comedian Umer Sharif passed away in Germany on Saturday after battling serious health problems. He was 66.

Sharif’s death was confirmed to Dawn.com by Arts Council of Pakistan’s president Ahmed Shah, who said he had spoken to Sharif’s family members.

“With deep sorrow it is announced that Mr Umer Sharif has passed away in Germany,” he tweeted. “Our deepest condolences to his family and friends. Our CG is present at the hospital to assist the family in every way.”

Prime Minister Imran Khan said he was saddened to learn of Sharif’s passing. Taking to his Twitter account, he said that he had “the good fortune” of touring with the comedian to raise funds for Shaukat Khanum Memorial Hospital.

“He was one of our [greatest] entertainers and will be missed,” he said.

Sharif had boarded an air ambulance for treatment at a hospital in the US on Sept 28. However, his condition deteriorated on the way and was admitted to a hospital during a stopover in Germany.

The veteran actor’s medical condition became a subject of national concern after he made a video appeal to PM Imran to help him secure a visa to travel abroad for medical treatment.

The federal government had assured him that it would help and the Sindh government also stepped in, sanctioning Rs40 million for his treatment.

Sharif had suffered a heart attack in August and according to his close friend, Pervaiz Kaifi, he had gone through two heart bypasses.

He was born on April 19, 1955. He started his career as a stage performer using the name Umer Zarif but later renamed that to Umer Sharif. Two of his popular comedy stage plays were Bakra Qistoon Pe and Buddha Ghar Pe Ha.

Sharif received national awards for best director and best actor in 1992 for Mr. 420. He received ten Nigar Awards and remains the only actor to receive four Nigar Awards in a single year.

He was also a recipient of the Tamgha-e-Imtiaz for his contributions as comedian, actor and producer in the entertainment industry.

He who made everyone smile, today leaves us grieving: Imran Ismail

Sindh Governor Imran Ismail paid tribute to the deceased, saying: “The one who used to spread smiles on people’s faces has left everyone grieving today. Umer Sharif was big name in Pakistan’s film, television and theatre [industry].

“I had met him numerous times and besides being a good artist, he was an excellent human being. I pray that Allah grants Umer Sharif the highest place in Jannah.”

“The late comedian gave a new dimension to the art of comedy in Pakistan and took it to new heights,” he said, adding that the services of the legendary star would be remembered for life.

Bilawal also conveyed his condolences to Sharif’s family and prayed to the Almighty Allah to grant “courage and fortitude” to the bereaved family.

Sharif’s services for comedy will be remembered world over: Sindh CM

Sindh Chief Minister Syed Murad Ali Shah also expressed deep sorrow over Sharif’s death, calling him “a great actor” and adding that his services for comedy will be remembered all over the world.

He also recalled that the Sindh government had played its part in trying to save his life [by making arrangements for an air ambulance to transport him to the US for treatment].

Void created by Sharif’s death may never be filled: Firdous

PTI leader Dr Firdous Ashiq Awan said Sharif was “the uncrowned king of comedy” and that “the void created by his death may never be filled”.