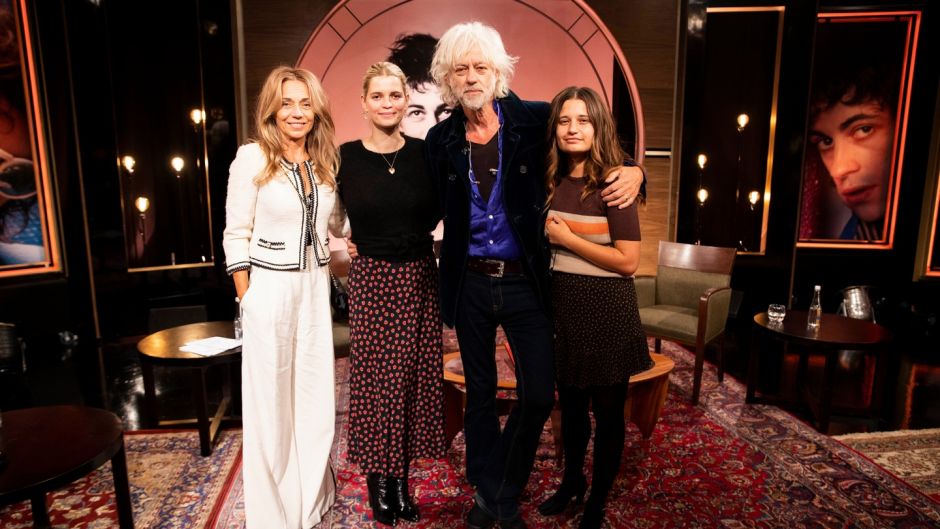 According to Wikipedia, the first Late Late Show tribute episode was in 1967, when the guest of honour was… “the clergy”. It is fair to say Ireland has changed in the interim and following recent celebrations of the life and times of Christy Moore and the late Gay Byrne the honour of a Late Late hagiography is now bestowed upon the one time enfant terrible of saxophone-fuelled post-punk, Bob Geldof (RTÉ One, 9.35pm).

This is news to Geldof, who thinks he’s in Montrose to perform I Don’t Like Mondays with the Boomtown Rats. He is suitably aghast as it is revealed the studio is packed with friends and colleagues, here to mark his 70th birthday. “Is this some crap This is Your Life s***?” he sputters. “F***ing hell! This is mortifying.”

Mortifying it may be – but is it any good? The two-hour broadcast is certainly brisk and banter-filled. At the end of a long week, host Ryan Tubridy understands viewers want to sit down to something chatty and uncontroversial. And he does his best to deliver.

Geldof, a humanitarian, rock star and loud mouth, has always been divisive. And, judging by Irish twitter, aka the angriest place on earth (where the chips on your shoulder come with chips on their shoulder), that remains so. One or two sparks are thrown up in the studio too. The temperature certainly goes up a few degrees as former president Mary Robinson suggests Geldof’s work on Band Aid and Live Aid were part of the condescending narrative that Africans needed to be lifted up out of their poverty by white people. “There was a bit of patronising in it,” she says.

She is, in other words, and ever so politely, stating that Live Aid was defined by a white saviour complex . Geldof isn’t having it. “I don’t agree with you,” he says. “If I see someone hurt at the side of the road…. I couldn’t care less if they are green and from Mars. I give them a hand.”

A debate over the ethics of Live Aid between a Boomtown Rat and a former head of state and constitutional lawyer is the plot twist we didn’t see coming. But Tubridy tries his hardest to smooth over the rumples and keep the tribute on the road. And RTÉ to its credit has rounded up an impressive cast of well-wishers. Sting and Elton John deliver their congratulations remotely. As do U2’s Bono and The Edge, performing Geldof’s favourite Beatles song, In My Life.

An air of chumminess infuses proceedings and the only person who finds it all a bit uncomfortable is Geldof himself.

An air of chumminess infuses proceedings and the only person who finds it all a bit uncomfortable is Geldof himself. He’s slightly bewildered at being 70 years old and seems unsure whether to rage against the dying of the light or unleash the grumpy old man within .