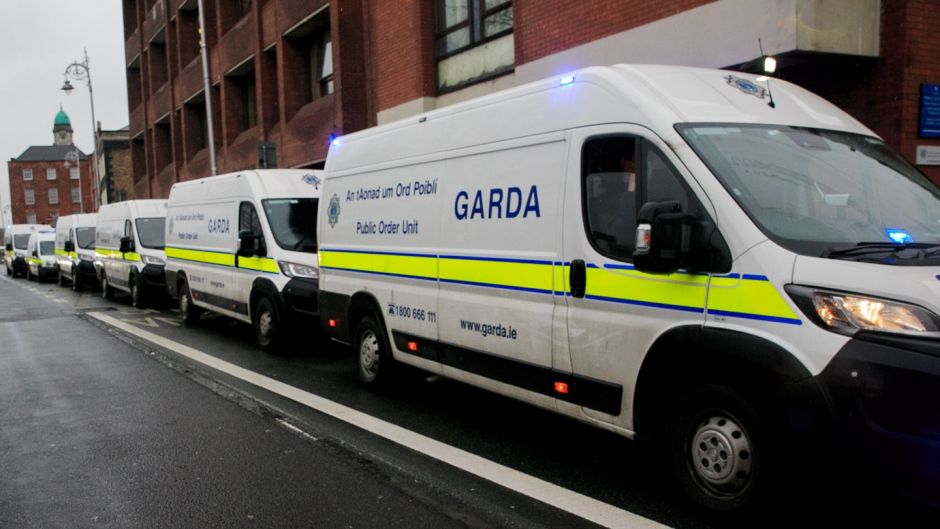 Four Garda members have been arrested or suspended from duty in connection with three separate criminal investigations centred on a drug gang, an alleged leak of information and an alleged assault.

Of the three investigations under way, one is being carried out by the Garda National Bureau of Criminal Investigation (GNBCI), the force’s serious crimes squad, while another was being conducted by the new Garda anti-corruption unit, whose operations are expanding at present.

The teenager made a criminal complaint leading to the gardaí, one of whom is a sergeant, being detained for questioning.

“The incident remains under investigation,” a Garda spokesman told The Irish Times in reply to queries.

Meanwhile, a Dublin-based Garda sergeant has been suspended from duty amid allegations he disclosed information about the extradition from Spain this week of murder suspect Gerry Hutch (58). The man, who is based in the Dublin region, was suspended “in connection with an investigation being carried out by the Garda anti-corruption unit”.

In a third, unrelated, case a Garda member was suspended on Friday as part of an investigation into allegations that a former senior Garda officer had aided a drug gang. That investigation, by the GNBCI, resulted in five properties in Dublin being searched on Wednesday.

Cannabis valued at €600,000 was discovered and €47,000 in cash was also seized. A man in his early 60s, who is a former senior Garda officer, was arrested. He was still being held on Friday night at a Garda station in Dublin’s south inner city.

He was being held “on suspicion of involvement in offences . . . relating to allegedly enhancing the ability of a criminal organisation to commit or facilitate a serious offence”.

His period of detention was extended by the courts on Friday for an additional 72 hours after the initial 48-hour period of his detention expired.

A small number of serving Garda members were also targeted in searches as part of the same investigation in recent days. While none of the serving gardaí was arrested, one was suspended from duty on Friday as the investigation continued.

In reply to queries, Garda Headquarters at Phoenix Park in Dublin said: “A member of An Garda Síochána serving in the Dublin region was suspended from duty . . . in connection with this GNBCI-led investigation”.

That inquiry is examining allegations that the retired senior Garda officer was in receipt of confidential information that was used by a drug gang to aid its activities and, if so, how that information was passed to him from inside the Garda force. No findings of wrongdoing, either criminal or disciplinary in nature, have been arrived at against the serving Garda members or the former officer.