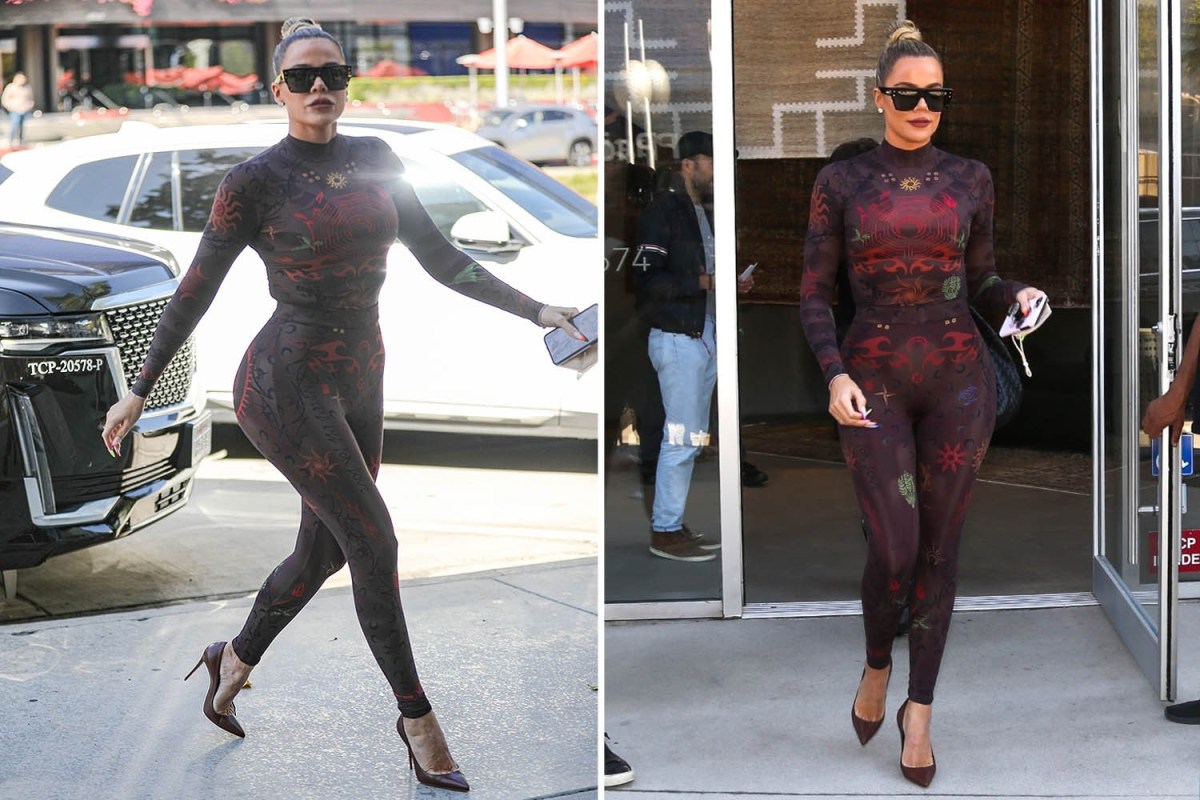 KHLOE Kardashian showed off her curves in a skintight bodysuit and sky-high heels.

The 37-year-old was spotted filming the famous family’s new Hulu show as their $150million Keeping Up With the Kardashians contract ends.

Khloe was recently seen wearing a bold outfit while shopping for rugs with mom Kris Jenner, 65, in West Hollywood.

The TV personality flaunted her curves as she stunned in a maroon bodysuit, which was decorated with a unique pattern.

She completed the look with matching high heels and black sunglasses, while her hair was pulled into a high bun.

The mother-daughter duo were filming their new show for Hulu during the outing, as cameras were seen following the pair around.

Khloe wasn’t done flaunting her toned figure, as she also took to Instagram on Thursday to share numerous snaps of herself posing in a tiny bikini and unbuttoned shirt.

While leaning against a large rock, the mother of one modeled multiple poses to give her Instagram followers a good look at her impressive body from different angles.

She explained in the caption that she was sharing the photos to celebrate a new Instagram milestone, writing: “187 million!!!! Hi my besties!!! 💋I am missing this tan and this beach!”

Khloe and Kris were spotted filming after KUWTK aired its final episode in June after 20 seasons.

Back in December 2020, it was reported that Kris and her daughters secured a deal for their content to be streamed exclusively on Hulu.

Last week, Kim hinted that cameras were rolling for the family once again as she shared an Instagram snap of her mic kit on her lap.

The photo was captioned as “Day 1,” hinting that filming has just started.

Meanwhile, Kourtney, Kim, and Khloe were spotted with TV crews while out to lunch at Lucky’s in Malibu, California on Tuesday.

KUWTK COMES TO AN END

The famous family shocked fans when they announced KUWTK was coming to an end after 14 years.

It was later revealed the ladies were looking to follow in the footsteps of Prince Harry and Meghan Markle and sign a lucrative deal with a streaming service.

E! had paid the family $150 million the last time they renewed their contract in 2017.