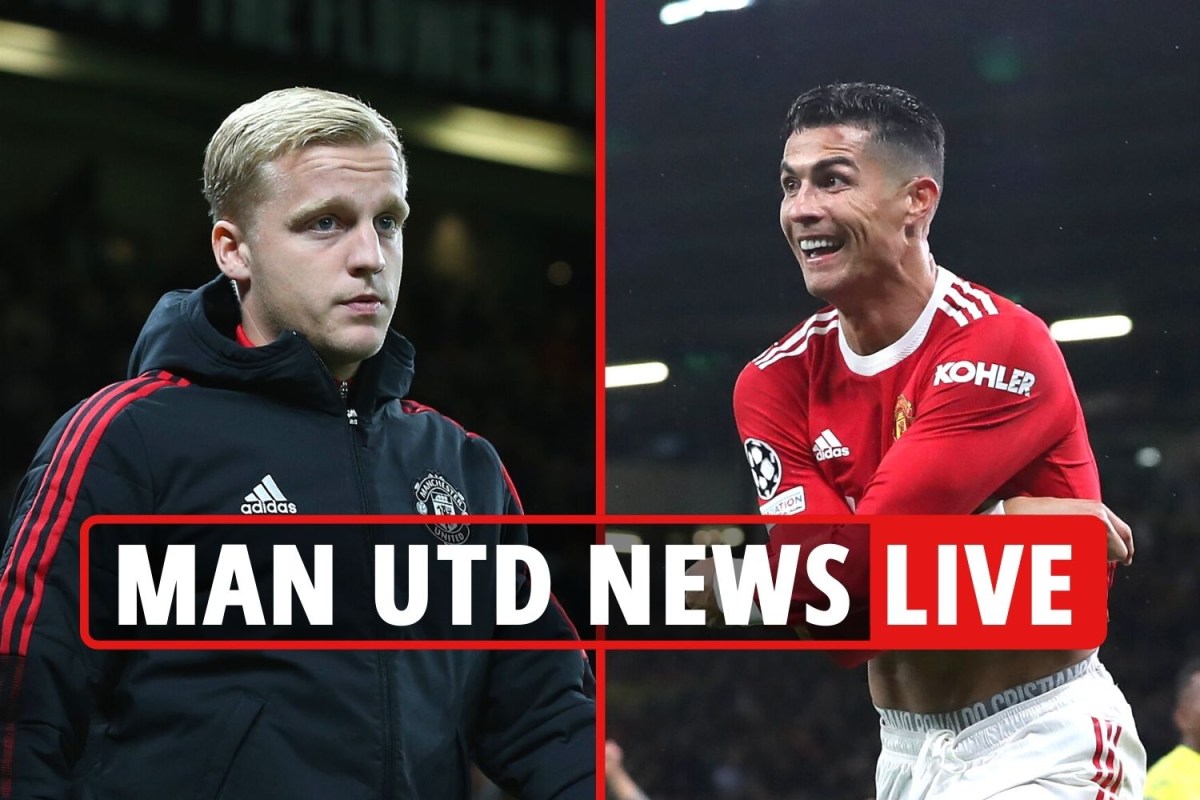 The Red Devils secured their first win of the Champions League season after beating Villarreal 2-1 at Old Trafford last night.

And it was Cristiano Ronaldo – making his record 178th appearance in the competition – who popped up with a dramatic 95th-minute winner.

The result was harsh on the Spanish side who outplayed United, but were denied countless times by David De Gea.

But it wasn’t all smiles at the Theatre of Dreams, as Donny van de Beek was caught on cameras left seething with Ole Gunnar Solskjaer.

Van de Beek – again overlooked by the Norwegian gaffer – failed to even come off the bench as Fred was preferred instead.

And he failed to hide his anger as his team-mates held him back on the dugout, before he threw his chewing gum on the floor next to Solskjaer.

In other news, Borussia Dortmund chief Hans-Joachim Watzke has denied claims Utd target Erling Haaland will need to be sold next summer.

He told Sport1: “It has not yet been decided whether he will really leave in the summer. We’ll just have a look.

“I heard someone say: “They have to sell Haaland because they are listed on the stock exchange.” This is all bulls***.

But should he depart, the Bundesliga side could make a move to bring Anthony Martial to Signal Iduna Park.

Marca have stated that the Frenchman is seen as a potential replacement for Haaland.