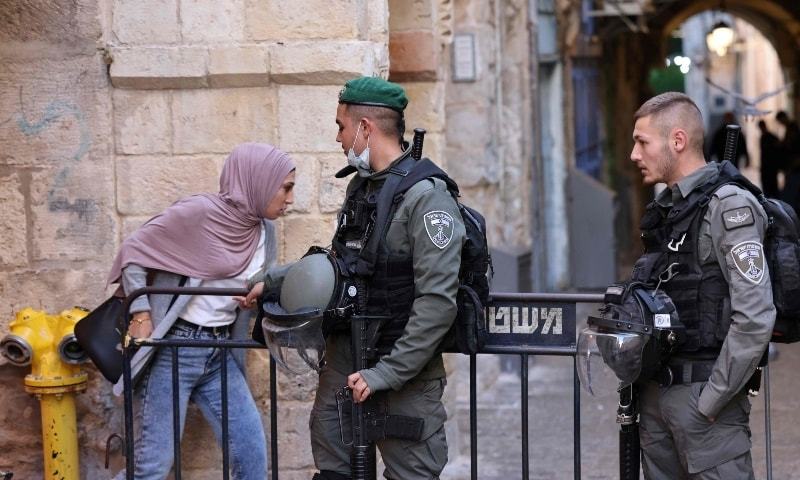 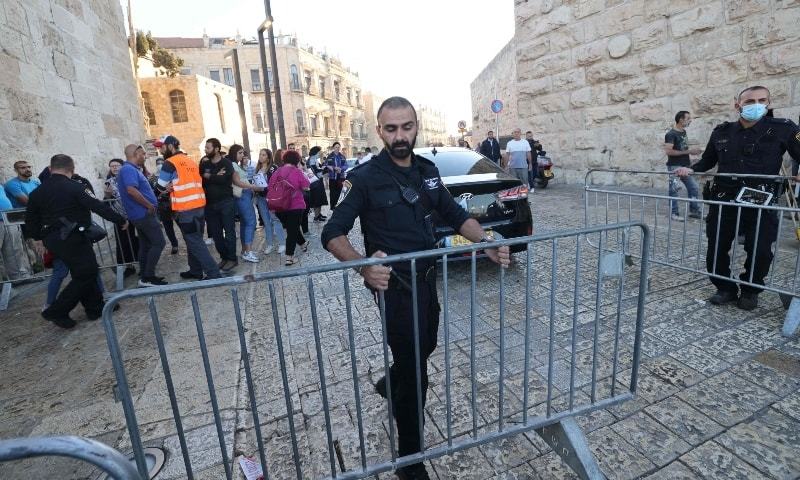 And in the northern West Bank, Israeli forces shot dead a male who purportedly opened fire on them during clashes prompted by an overnight arrest operation, police said.

According to a police statement, the woman in Jerusalem tried to stab police in one of the streets leading to Al Aqsa mosque.

An AFP journalist heard gunshots and saw the body of a woman on the ground, later draped in a survival blanket.

Israeli police “opened fire” at the assailant and “medical forces who arrived at the scene determined her death,” police said, adding that the attempted attack did not result in any casualties.

The 30-year-old deceased woman, from Qabatiya in the north of the occupied West Bank, was leaving the Al Aqsa compound, Islam’s third holiest site, when she approached officers, police claimed.

In the village of Burqin, also in the northern West Bank near Jenin, Israeli troops and border police were conducting an operation “to arrest suspects and locate weapons,” a police statement said.

“During the operation an armed [male] fired at the forces who were operating in the village during a riot,” police said.

“Border police forces responded with gunfire … and neutralised him,” police said, with a spokesman confirming his death to AFP.

Palestinian group Islamic Jihad said the man killed was a member of its military wing.
No Israeli forces were wounded in the incident, police said.

In Jerusalem, Israeli security forces are stationed at each entrance to the Al Aqsa compound, known to Jews as the Temple Mount, the holiest site in Judaism.

The compound lies in east Jerusalem, the Palestinian sector of the city which Israel occupied in 1967 and later annexed in a move never recognised by the international community.

Five Palestinians were killed on Sunday after an Israeli raid in the occupied West Bank sparked gunbattles with Hamas fighters, two of them in Burqin, officials said.