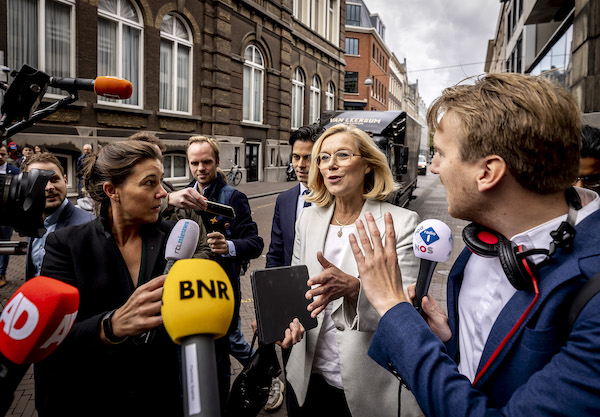 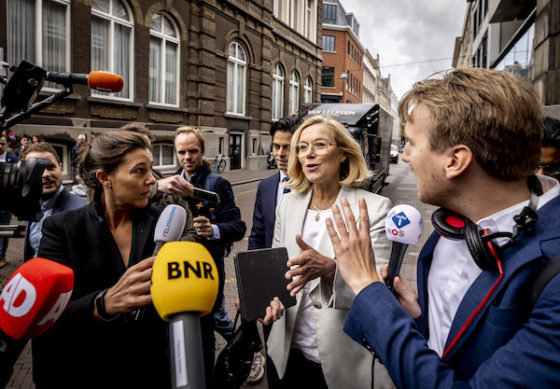 Liberal democratic party D66 is willing to start negotiations on forming a second cabinet with the VVD, CDA and ChristenUnie, leader Sigrid Kaag has told reporters.

Kaag said in a short statement that she would prefer to take part in concrete talks rather than hold new elections, because ‘that is what society has a right to’.

Something is needed to break the deadlock and no-one would be serviced by a new election, she said. In addition, there is no guarantee that the results would be any different from the current situation, she said.

Kaag, who resigned as foreign minister earlier this month in the wake of the Afghanistan evacuation debacle, said that she believed in a new political culture and approach.

The Netherlands, she said, should be a ‘climate leader’ in Europe and the next government would have to make the ‘biggest structural investment’ in education ever made, and play a leading role in Europe.

The breakthrough came on Wednesday after negotiator Johan Remkes had last ditch talks with nine parties.

Kaag had earlier ruled out working again with the ChristenUnie because of the party’s standpoint on euthanasia and other medical ethical issues. However, at the weekend, she said she would be prepared to include them in talks.

Kaag had favoured a five-party coalition with the PvdA and GroenLinks rather than the minor Christian party.

The general election took place in March but the current cabinet resigned in January over its handling of the childcare benefit scandal.

Now the four parties have agreed to press ahead with the coalition formation process, work can start on putting together a coalition agreement, outlining policy for the coming 3.5 years.