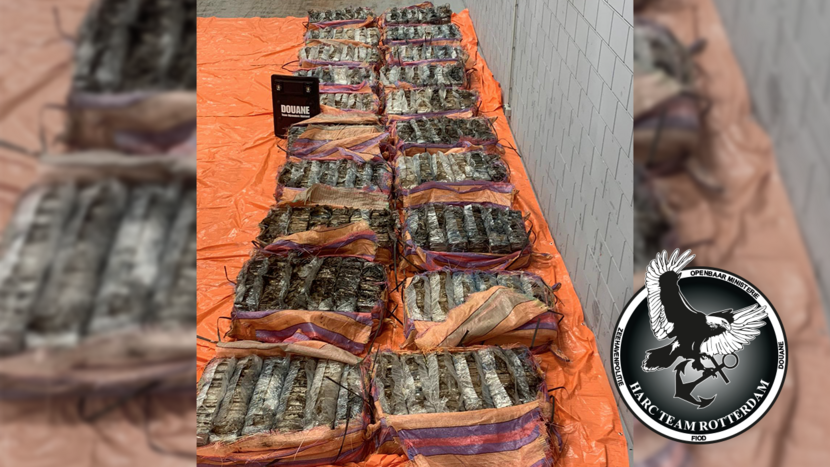 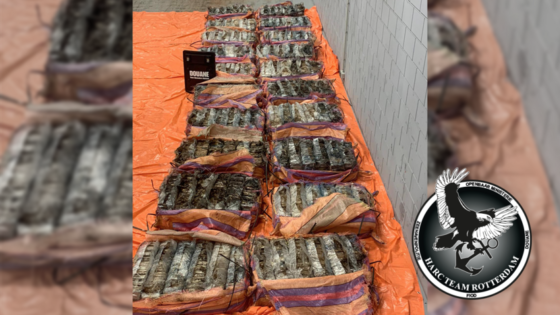 Police and customs officials have intercepted 1,400 kilos of cocaine hidden in a consignment of cocoa at Rotterdam port, the public prosecution department said on Wednesday.

The drugs, with a street value of €105m, were found in a container from Colombia and destined for a company in France. They have since been destroyed.

The haul is the latest in a string of large seizures at the port, which was recently described by Europol as one of the new epicentres of the European cocaine trade.A consignment of four tonnes was found just two weeks ago.

Amsterdam mayor Femke Halsema commented earlier this month that it would be more efficient to tackle the smuggling networks and money trafficking than to intercept cocaine coming into Rotterdam.

‘We are focusing on the kilos and the puppets but they are supported by networks and dangerous criminals who are in cahoots with accountants, intermediaries and sometimes lawyers,’ the mayor told current affairs programme Nieuwsuur.

‘People sniffing their lines of coke are part of the system of serious crime which generates billions and which undermines the rule of law. That frightens many and that is terrible,’ Rutte said during the recent budget debate.

Dutch customs officers impounded some 48,000 kilos of cocaine in the ports and at Schiphol airport last year, a rise of 24% compared to 2019. Seizures at labs are also going up. Last July, police busted the biggest cocaine laboratory ever found in the Netherlands, arresting 17 men, including 13 Colombians, in the process.