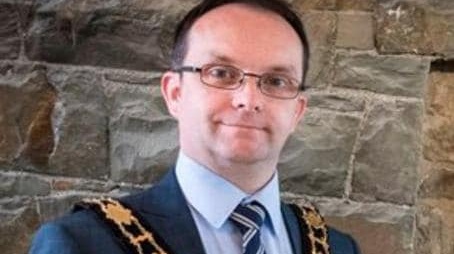 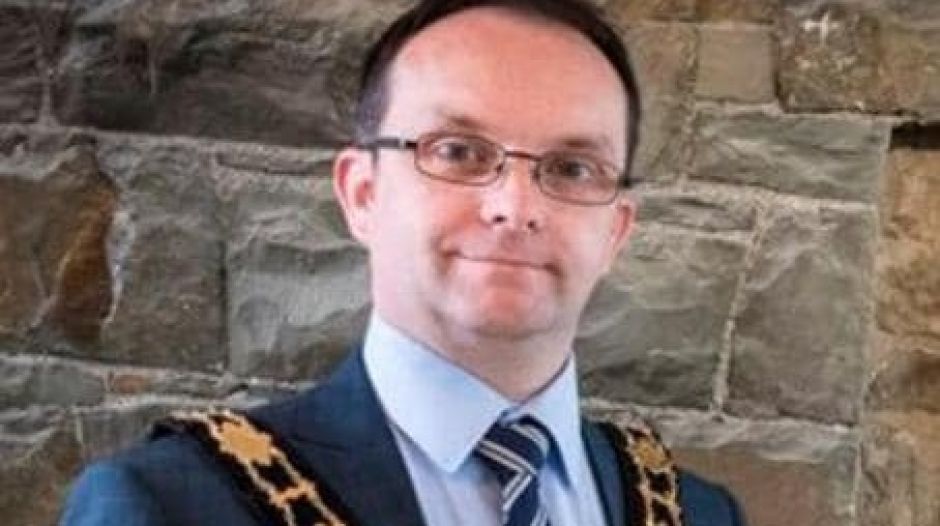 A 46-year-old DUP councillor has been hailed as “one of the genuinely nice guys in local politics” after he died in hospital on Tuesday. It is understood he had tested positive for Covid-19.

Paul Hamill, a former mayor of Antrim and Newtownabbey, was the father of two children.

“Paul was a hard-working and dedicated representative for the people of the Macedon area and his loss will be keenly felt,” he said. “Having served as Mayor of Antrim and Newtownabbey, Paul was known and respected right across the community.

“Paul brought wide experience to his role as a public representative having worked in industry before spending many years as a pastor. Those skills and experience made him an invaluable part of our council team.

“We in the Democratic Unionist Party have lost a dear friend and colleague, but my thoughts are with Paul’s wife Ruth, his children and the wider family circle.

“They will be in our prayers as Ruth mourns her husband and the girls try to understand the loss of their daddy.”

First Minister Paul Givan also paid tribute to his party colleague. Mr Givan said it was his understanding that Mr Hamill had died after contracting Covid-19. He added: “It is a tragic passing of Paul. I know the circumstances have shocked all of us within the party.

“It just brings home that reality that Covid is still with us, it does affect people of all ages and that is why we need to continue to take responsible decisions in managing Covid.”

Alliance councillor Tom Campbell tweeted of his colleague on Antrim and Newtownabbey Council: “Very sad news that our council colleague, Paul Hamill, has died. “One of the genuinely nice guys in local politics, he will greatly missed.”

The North’s Department of Health on Wednesday reported 10 further deaths of patients who had tested positive for Covid-19.

A further 1,304 new cases of the virus were also confirmed.

On Wednesday morning, there were 426 Covid-19 inpatients in hospital, 36 of whom were in intensive care.

The latest figures come as the Executive considers plans for dealing with a winter Covid surge.

The First Minister said the Executive would be meeting again next week to consider Covid measures amid concerns across the UK that there could be a jump in hospital admissions in the coming months.

British prime minister Boris Johnson announced his winter plan for tackling Covid in England on Tuesday, and said some measures would be kept in reserve as part of the government’s Plan B for if the NHS faced unsustainable pressure.

During an appearance on the BBC, Mr Givan was asked if a similar plan was being considered for Northern Ireland.

He said: “We [the Executive] are going to be meeting again on September 23rd. We have been taking a number of very considered steps during the course of the summer.

“England is in a further place than us, we still have a number of areas where there are restrictions in place by way of regulation.

“But I have been clear throughout this process that whether it is regulation or guidance we need to provide people with the best possible information that they can take informed decisions in terms of what is best for them and their own personal circumstances.”

Asked if he was concerned about a winter spike in cases, Mr Givan said: “There are plans already in place, that is something we talked about at our last Executive meeting, so there are surge plans.

“I was speaking with the chief medical officer, Sir Michael McBride, about this and the health services has already brought in additional assistance but there are plans in place within the health service to meet the winter demands.

“However, that is still significant when you have around 44/45 people in intensive care and so there are pressures on our critical care, the health service is trying to continue to manage other elective procedures and that is something that on previous occasions there were cancellations of surgeries and we are seeking to minimise that as far as we possibly can.”– PA