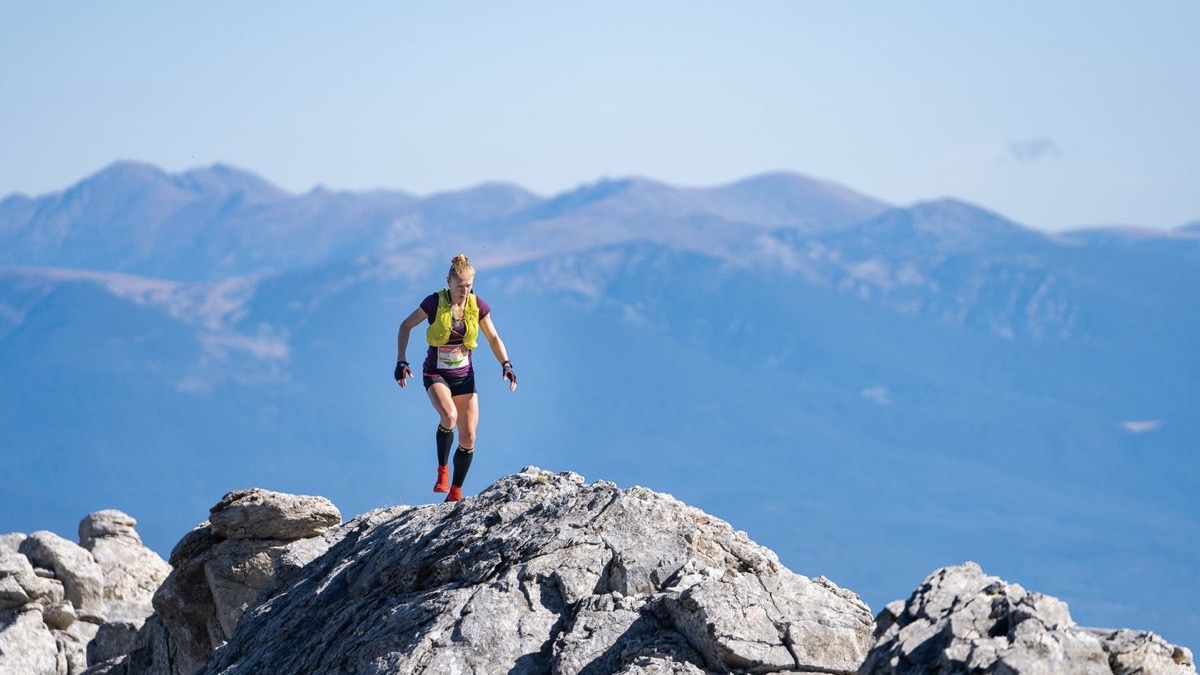 Summer might be slowing down, but the races keep coming, especially from the Skyrunner World Series and the World Mountain Running Association World Cup. We’ve got the latest from those groups, and a trio of races in the Ultra-Trail World Tour at the top of this week’s card. And next weekend’s Run Rabbit Run 100 Mile has an incredible $75,000 cash purse and we highlight that competitive start list.

The 15th Canfranc set of races in the central Pyrenees marked the year’s ninth and 10th World Mountain Running Association (WMRA) World Cup races. There was a 45k race, just longer than the marathon distance, on Saturday, and a 16k contest on Sunday. The longer race gained 4,000 meters (13,123 feet) of elevation across four big climbs, and the 16k ran as a single up and down, but with that one climb being 1,400 meters (4,600 feet).

Charlotte Morgan (U.K.) finished the women’s race dusty and scraped up, but in front of everyone else. She ran 6:38, and second-place Olivia Magnone (France) followed in 6:57. Eva Mesado (Spain) was third in 7:01. 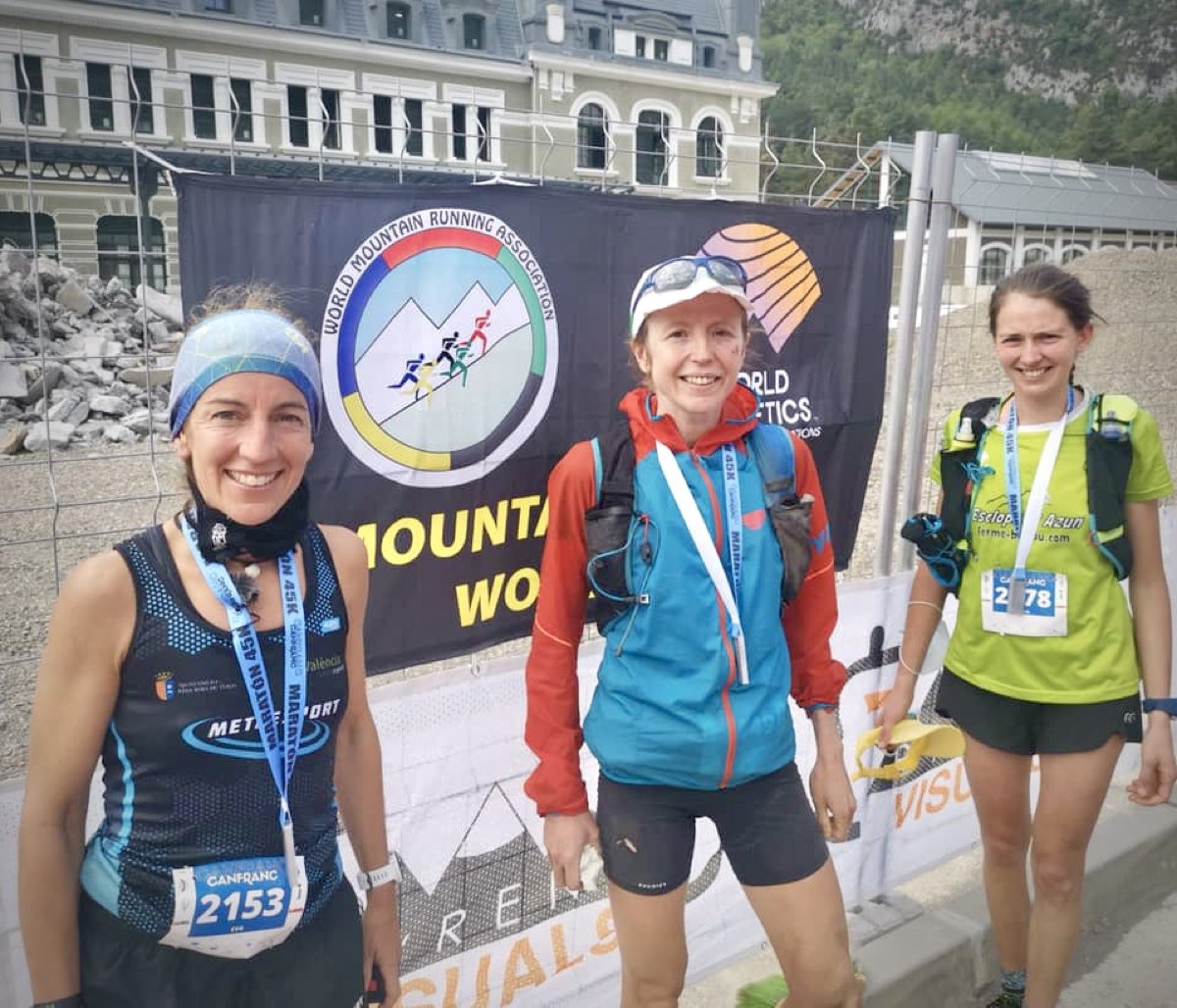 The men’s race might’ve been close, but the women’s contest wasn’t at all. Grayson Murphy (USA) beat the course record by 10 minutes and beat everyone in this year’s race by 17 minutes. That’s a huge gap for a 16k race. Murphy finished in 1:57, and it was her second win of three European races in the last two weeks. She was also fifth overall. Núria Gil (Spain) and Nadege Servant (France) were second and third in 2:15 and 2:17.

The next WMRA World Cup race is Trofeo Ciolo in Italy on September 26. 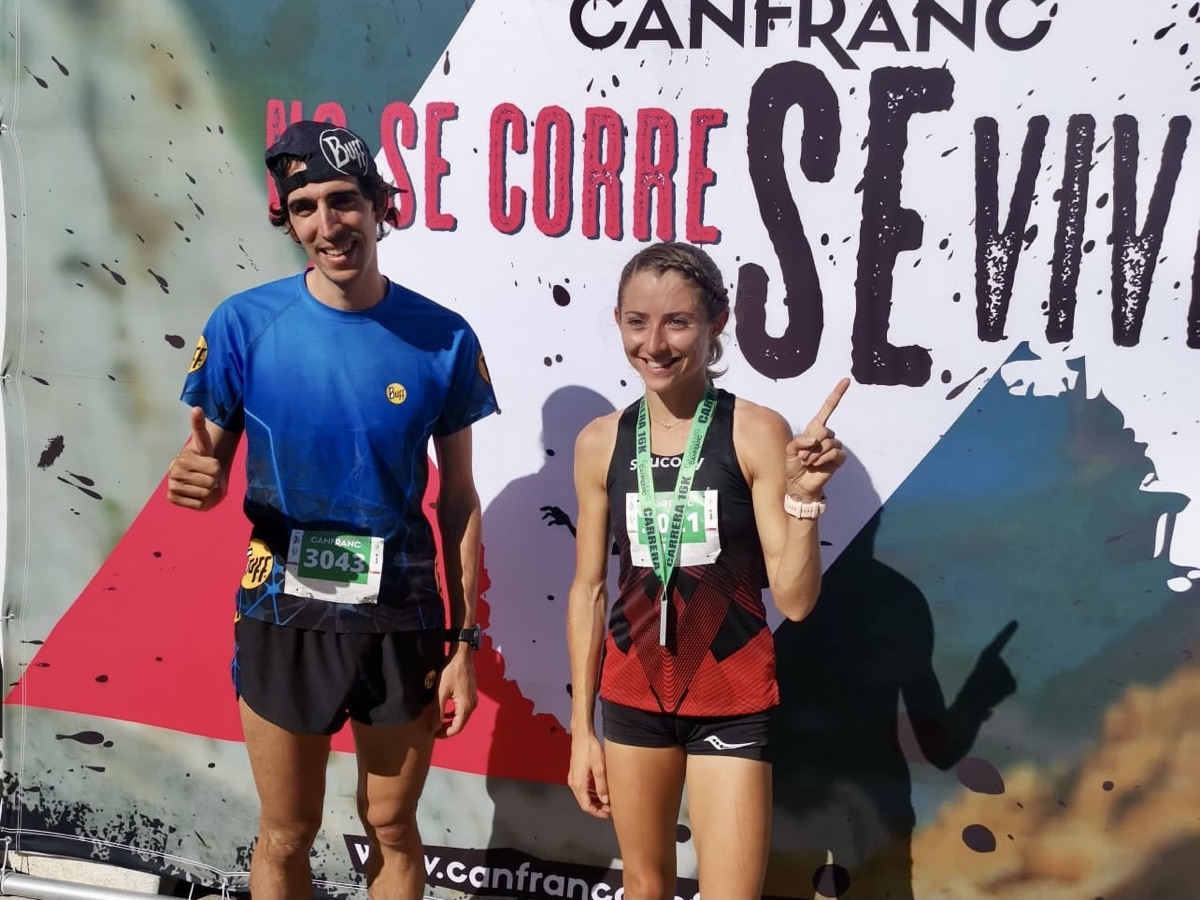 The technical 33k race runs through Pirin National Park with 3,300 meters (10,826 feet) of elevation gain. It was part of the Skyrunner World Series.

Spanish runners Jordi Alís and Ricardo Cherta ran one-two with 4:42 and 4:50 finish times on the challenging track. Kiril Nikolov (Bulgaria) got on the podium for the host country with a 4:56 third-place run. 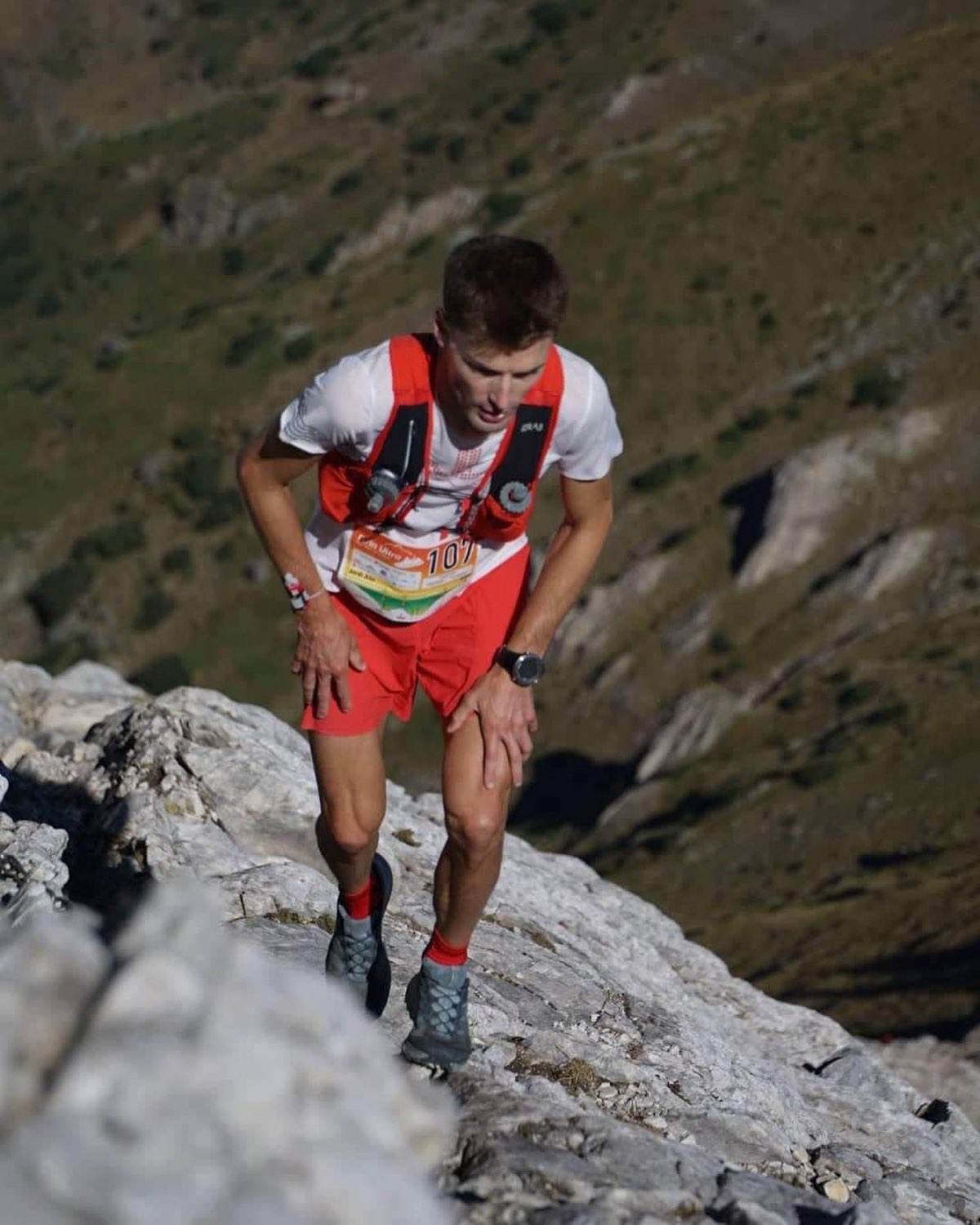 Oana Mihalcea (Romania) did a fairy-like leap across the finish while dominating the women’s run in 6:45. Aneta Ralcheva (Bulgaria) was second in 7:29, and Jiddu Beoersma (Netherlands) was third in 7:35.

The next Skyrunner World Series race is the September 19 Grigne Skymarathon in Pasturo, Italy. 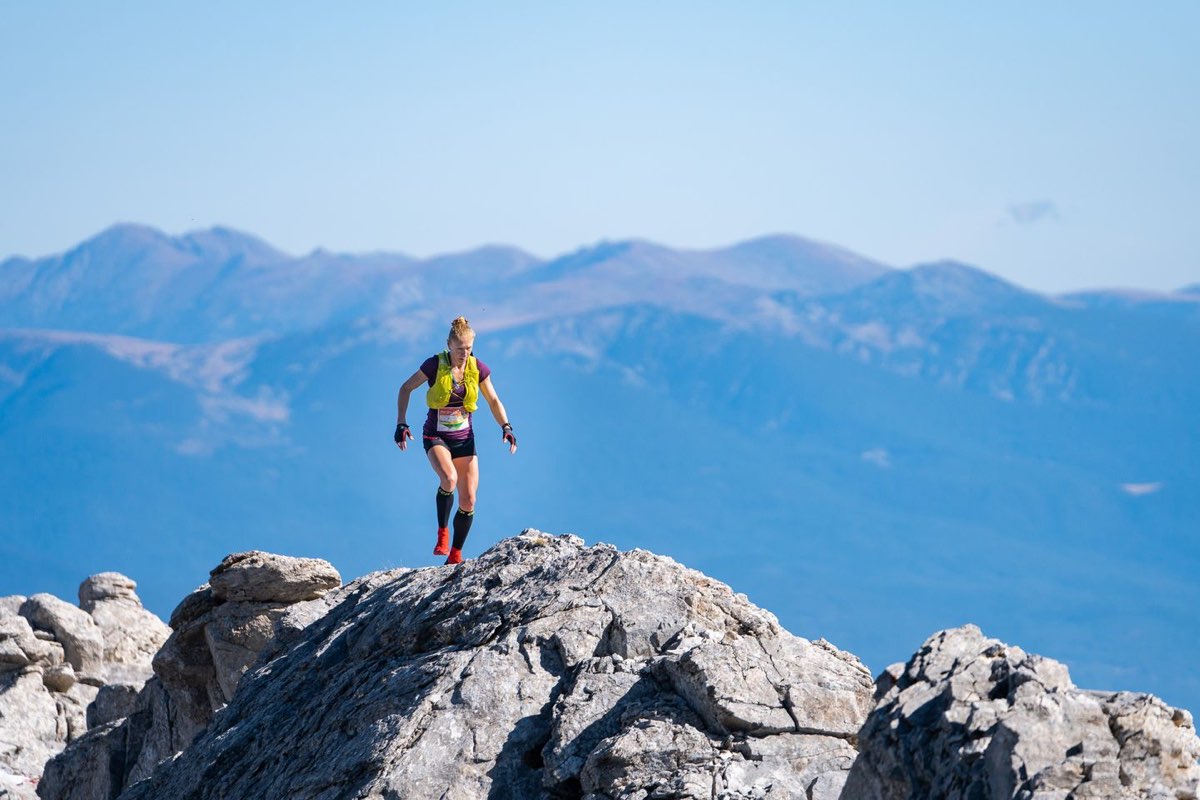 There were three Ultra-Trail World Tour races on the weekend, including the 100 Miles of Istria. Race winners Tomáš Štverák (Czech Republic) and Eva Urbanc (Slovenia) finished in 21:17 and 26:31. Full results.

This was the weekend’s third Ultra-Trail World Tour contest. The 100k run, dubbed “beautiful beyond belief, savage beyond reason,” packed in 6,700 meters (22,000 feet) elevation gain on a course that only had seven aid stations. Mark Darbyshire (U.K.) and Sarah Staveley (U.K.) won the adventure in 14:25 and 21:41, respectively.  Full results (when available).

The unique mixed sports relay combines running, paragliding, mountain biking, and kayaking. Joseph Gray was part of the first-place team and the second-best individual run. His 1:22 was eclipsed by Rémi Bonnet‘s 1:20 climb. Bonnet’s team would only finish sixth however. Full results.

“One hundred miles of heaven and hell,” is this race’s motto, and it seemingly delivered on the event’s 41st edition. Cody Priest was the men’s winner in 21:24, and Rebecca Rick took home the women’s win in 26:09. Full results.

They’ve got one of the best acronyms in ultrarunning. Officially it’s the Idaho Mountain Trail Ultra Festival, but IMTUF just sounds so much cooler. Jeffrey Colt and Christie Richards won in 20:16 and 24:27. Full results.

In this Gnar Runners race, Clint Anders edged Tony White to win the men’s crown. The pair finished in 1:31 and 1:33, and women’s winner Janelle Lincks repeated her crown in 1:40. Ladia Albertson-Junkans was second in 1:45. Full results.

Sidney Noble and Shea Aquilano were the men’s and women’s Ice Age Trail winners in 6:57 and 7:28. Full results.

If it’s not one thing, it’s the other. Both California’s Tahoe 200 Mile and Oregon’s Pine to Palm 100 Mile were canceled.

We’re still having fun, and you’re still the one. Comments below, friends.