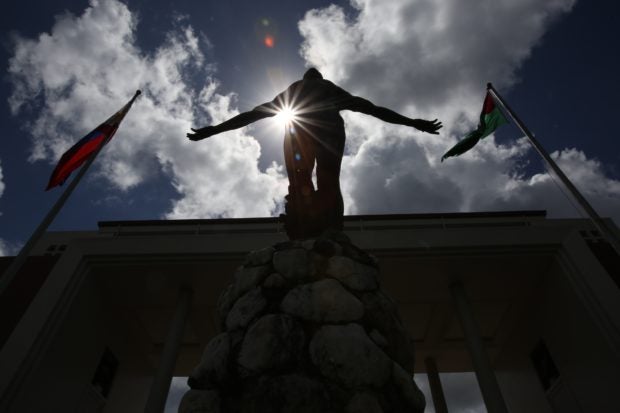 MANILA, Philippines — The House of Representatives approved on second reading the bill institutionalizing the agreement between the Department of National Defense (DND) and the University of the Philippines (UP) prohibiting any military and police presence inside UP campuses without prior notice.

During Wednesday’s session, the lower chamber approved via voice voting House Bill No. 10171 which seeks to make the 1989 UP-DND Accord become part of the UP Charter.

Under the pact, members of the Philippine National Police (PNP) and the Armed Forces of the Philippines (AFP), and other law enforcement agencies shall be banned from entering the premises of any UP campus or regional units, except in cases of hot pursuit and similar occasions or emergencies.

The PNP, AFP, and other law enforcement agencies intending to conduct operations in any UP campus shall also notify the campus president, the chancellor, or the dean prior to entering the campus.

Any law enforcement agencies are also prohibited from interfering with peaceful protest actions by individuals and groups within UP campus premises.

In January this year, the DND unilaterally terminated the accord with UP, saying the agreement had been a hindrance to operations against communist rebels, as well as alleged recruitment of cadres in UP campuses.

UP Diliman University Council asks Lorenzana to restore UP-DND accord

‘Some provisions in UP-DND accord left unimplemented’

UP-DND accord does not hinder law enforcement, says IBP chief