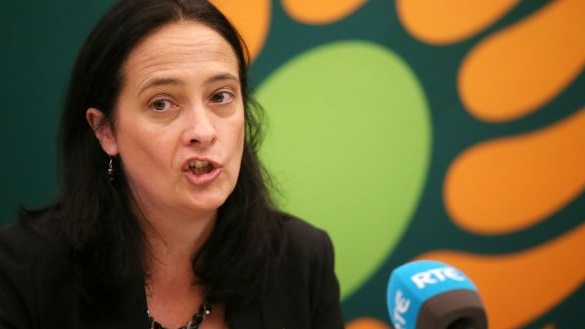 The Government has told the organisers of the America’s Cup that it requires a further six months to evaluate the case for hosting the yachting race, a move expected to scupper hopes it could take place in Cork in 2024.

Minister for Sport Catherine Martin is to write to the race organisers outlining the Government’s position. She said on Wednesday there has not been enough time to assess the possibility of Government support for the bid.

A Government spokesman stressed that Ministers were not rejecting the bid to support the race, but rather indicating that more time was required to give an answer.

However, senior Government sources acknowledge that the timescale involved is likely to mean the end of ambitions to hold the event in Cork in 2024.

Speaking to reporters, Ms Martin also said no decision had been taken by the Government to submit a bid at this stage. While the event is a “high-quality” one, Ms Martin expressed the view that strict due diligence was needed before deciding to press ahead, and that a bid for the event had only been considered since May.

“It is a significant investment, we’ll be looking for further time to make sure we can stand over it,” she said. “I think further assessment is needed.”

“If you’re doing that, it’s essential there’s time for proper governance, assessment, to make sure the public spending codes, for example, are adhered to. That’s what has to be examined to make sure it’s worth doing.”

The decision was reached at a meeting of the three party leaders, Minister for Foreign Affairs Simon Coveney and Ms Martin.

The move represents a disappointment for Mr Coveney, once a keen sailor who has been the bid’s strongest supporter in Government. Mr Coveney garnered significant support from the business community in his native Cork for the bid.

Speaking at the weekly post-Cabinet briefing, the Government spokesman said there had been no discussion about the issue at the meeting but that the Government wished to make sure that “proper due diligence” was done.

The decision to postpone a decision comes after widespread concerns had arisen in Government about the prospect of supporting the bid.

Concerns centred on the both the potential cost to the Government and the uncertain return, and on the political optics of supporting a race for super yachts while many sports clubs struggle to raise money for activities and facilities.

Sources said that the door was not shut on Government support for a bid in the future, though few believe that the 2024 competition remains a possibility. Sources involved in the discussions said that for a major event such as the America’s Cup, the Ryder Cup or the Rugby World Cup, planning and preparation need to take place over several years.