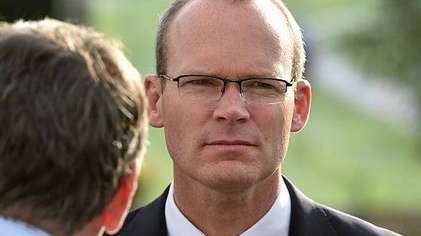 The Government is unlikely to reach a decision this week on supporting a bid to hold the 2024 America’s Cup in Cork, according to people briefed on discussions about the project.

The issue is not scheduled for discussion at Cabinet today (Wednesday), while a decision on a “preferred bidder” by the race organisers is expected at the end of this week.

The bid has been championed by Minister for Foreign Affairs Simon Coveney, though sources close to him said that he was content to leave the evaluation of the case for hosting the race with the Department of Sport and the Department of Public Expenditure.

Officials from both departments are understood to be carrying out a detailed assessment of a report by consultants EY which made a strong economic case for the Government to back the event, which it said could cost up to €150 million but could see benefits of €400million to €500 million.

There is considerable scepticism about these projections in Government, however. A spokesman for the Minister for Sport, Catherine Martin, declined to say whether the department had sought funds for the event in its submission for the revised National Development Plan.

Mr Coveney said on Tuesday that the Government was not “just yet” in a position to make an announcement on the prospect of Cork hosting the 2024 America’s Cup.

He has argued that the prestigious yacht race is third only to the Olympics and soccer World Cup in terms of scale for host countries. However, others in the coalition remain unconvinced as concern builds about the cost of underwriting the race.

Some officials believe the State could yet face costs exceeding €200 million to run the race, a big burden at a time of post-pandemic constraints on the public finances.

Speaking after the Fine Gael party think-in concluded in Trim, Co Meath, Mr Coveney said the process under way to decide the host for the prestigious yacht race allowed Ireland to put its “best foot forward to compete to host an enormous global sporting event in Ireland”.

He said: “We have an incredible natural resource in terms of our marine environment and that process is still under way and we’re not in a position to make any announcements around it just yet.”

At the Sinn Féin think-in on Tuesday, Sinn Féin leader Mary Lou McDonald was asked if she was in favour of the race being brought to Cork given the estimate of the bill to the State of €150 million.

She said it was a “very high cost” but that she has not “reflected deeply” on the matter other than to see reports about it.

Ms McDonald said she would generally be in favour of events coming to Irish cities and towns, “particularly post-pandemic where we need footfall, we need confidence, we need activity”.

“But obviously we have to scrutinise the cost, you know the cost benefit analysis of that, and I haven’t done that. It hasn’t been on my radar.”

Minister for Sport Catherine Martin said the America’s Cup was a major event and Cork’s potential hosting of the international yachting race was “worthy of full consideration, and the discussions are ongoing with Cabinet colleagues”.

At the Green party’s think-in in Dundrum, Dublin, Ms Martin said her department had been looking all summer “at the economics and deliverability” of Cork hosting the event.

She said that as Minister with responsibility for the issue it would not be appropriate for her to express a view “one way or the other until we have the detail”.

Green Party leader Eamon Ryan said: “I think it’s appropriate that we really look hard now and get some of that analysis and assess the pluses and minuses.”