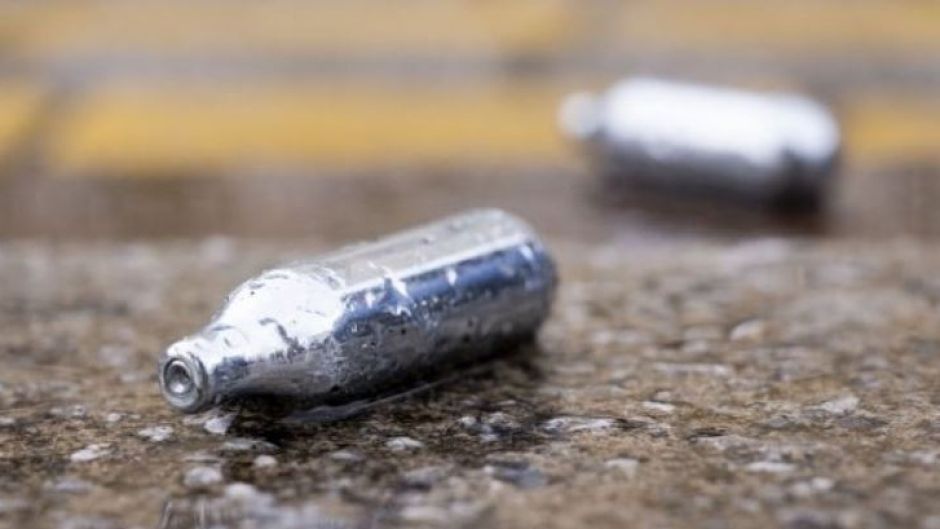 Online retail giant Amazon has ceased the sale of nitrous oxide in Ireland.

The substance had become increasingly popular among young people as a means of getting high.

Amazon has been a popular source in recent years for nitrous oxide, which has been linked to multiple deaths in the UK – though none to date in Ireland.

The company confirmed the substance has been withdrawn from its Irish-facing website where it had been available for as little as 30 cent per canister.

However, a spokeswoman said the move was because of concerns over its safe transportation rather than because it is been used as an illicit drug. The change appears to have taken place in the last two weeks.

Despite the move by Amazon, the substance remains easily obtainable online, through catering companies and other online retailers.

Several physical catering companies in Ireland told The Irish Times they have stopped selling the substance to retail customers over concerns about its illicit use.

Nitrous oxide, which is also known as laughing gas, is used in the catering industry and as a mild anaesthetic. It also produces a short high when inhaled and, according to 2019 Global Drug Survey, is now the 10th most popular illegal drug in the world.

A 2019 survey by the HSE and Trinity College Dublin found that 25 per cent of drug users who attended festivals that year consumed nitrous oxide.

Several Irish agencies have said they are aware of a marked increase in the use of nitrous oxide during the pandemic.

Revenue said it is “closely monitoring importations of the product into the State.” Last year it seized 14,400 canisters that were believed to be destined for the illegal market.

Dublin City Council said it has noted canisters being discarded in all areas of the city.

According to the Garda, nitrous oxide is not a controlled drug under the Misuse of Drugs Act. It can be legally sold for catering and industrial purposes, but it is illegal to sell it to the public for its psychoactive properties.

There have been seven reported poisonings involving nitrous oxide that required hospitalisation in Ireland since 2005, with three of those occurring since 2020.

To date there have been no recorded deaths in Ireland as a result of nitrous oxide use, although figures since 2017 are not yet available due to the Covid-19 pandemic.

Last year, following the death of a 15-year-old who had reportedly ingested the drug, the HSE added nitrous oxide to its list of dangerous drugs.

Minister of State for the National Drugs Strategy Frank Feighan also ordered the HSE to gather evidence of the drug’s use nationally.

“Following this research, the HSE concluded that while the use of nitrous oxide had emerged in an Irish context over the past two years, there was limited information to identify emerging harms when compared to other more frequently used substances such as cocaine or MDMA,” a spokeswoman said.

It found use of the drug was occurring in the under-18s population and initiated “locally targeted” desistance campaigns.

“The HSE will also develop a series of factsheets containing information on new drug trends such as nitrous oxide,” it added.