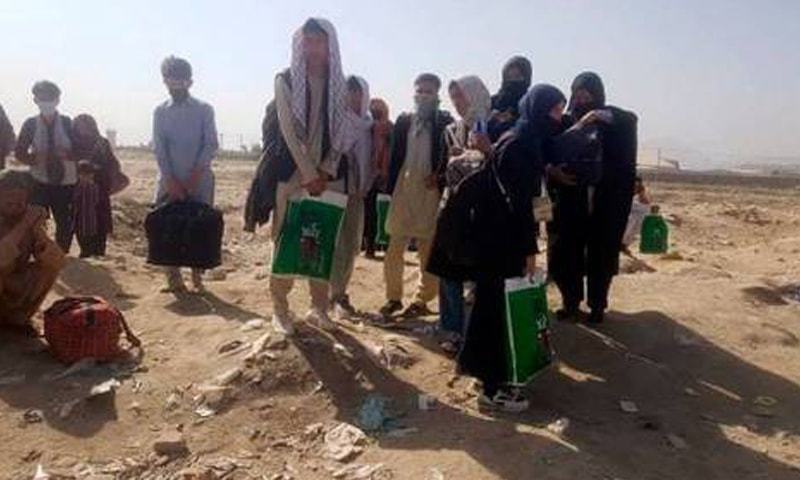 KARACHI: Female footballers from Afghanistan along with their families crossed the Torkham border to reach Pakistan on Tuesday night after the government issued emergency humanitarian visas to evacuate them from their country following the Taliban takeover.

The footballers belonging to the national junior girls team were facing threats from the Taliban due to their involvement in sports. They had been originally due to travel to Qatar, where Afghan refugees have been housed at a facility for the 2022 FIFA World Cup, but were left stranded after a bomb blast at the Kabul airport on Aug 26.

While most of the Afghanistan national women’s team had flown out in the last week of August after an arrangement with the Australian government, the youth team were unable to get flights because they lacked passports and other documentation. They had since been in hiding to evade the Taliban.

The move to bring the 32 footballers — a total of 115 people, including their families — to Pakistan was initiated by British-based NGO Football for Peace in cooperation with the government and the Pakistan Football Federation of Ashfaq Hussain Shah, which isn’t recognised by FIFA.

FIFA president Gianni Infantino had visited the Afghan refugees during his trip to Doha last week, but the global football body has been criticised for its inaction in aiding the female footballers who were still in Afghanistan.

“We launched these efforts a few weeks ago and we’re extremely thankful to the government and PFF president Ashfaq Hussain Shah and vice president Aamir Dogar for facilitating us,” Pakistan ambassador of Football for Peace Sardar Naveed Haider Khan, a former member of Ashfaq’s PFF, told Dawn on Tuesday night.

The footballers will proceed from Peshawar to Lahore where they will be housed at the PFF headquarters, the takeover of which by the court-elected PFF of Ashfaq from the FIFA-appointed PFF Normalisation Committee had forced FIFA to suspend Pakistan.

“We are supporters of humanity,” Ashfaq told Dawn on Tuesday night. “When we learnt about this, we immediately acted and tried our best to help them reach Pakistan as quickly as possible.”

With FIFA not involved in the process, a PFF NC member told Dawn on Tuesday that it “had no knowledge of the matter”.