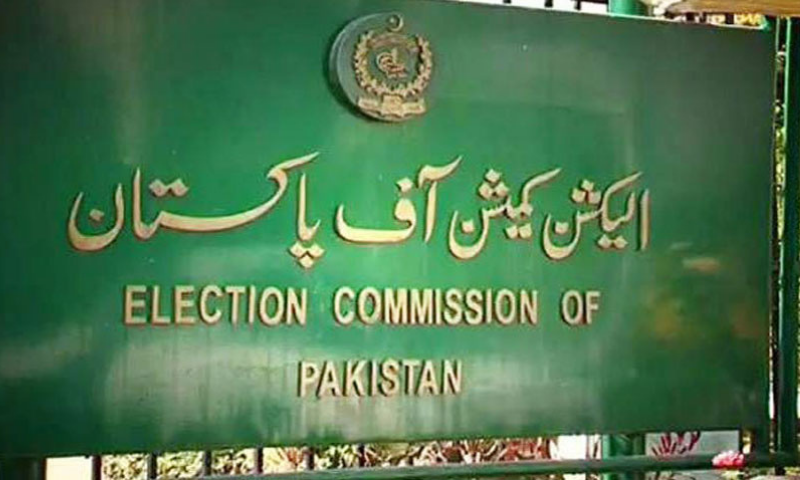 The Election Commission of Pakistan (ECP) on Tuesday rejected the allegations levelled against it by government ministers over the last week, while demanding the ministers to produce evidence to back their claims.

Railways Minister Azam Khan Swati had lashed out at the institution on Friday during a meeting of the Senate Standing Committee on Parliamentary Affairs, accusing it of taking bribes to rig polls and saying that such institutions should be “set on fire”.

He doubled down on his claims later in the day in a press conference with Information Minister Fawad Chaudhry, who termed the chief election commissioner (CEC) a “mouthpiece for the opposition”.

In wake of the blistering criticism, opposition figures from across the board had come to the ECP’s defence and hit back at the government. PPP Chairman Bilawal Bhutto-Zardari had called upon the ECP to stand firm on its stance about electronic voting machines.

Reacting to today’s development, Chaudhry in a tweet said: “Respect for the ECP aside, if [you] don’t like [people] talking about individuals’ political role then [you] should maintain a non-political conduct.”

The minister said if he received a notice from the ECP, he would give a “detailed reply” to it. He added that individuals were not “immune to mistakes”, and that “criticism is done on individuals’ conduct, not on an institution.”

In a press release issued today after a meeting presided over by Chief Election Commissioner (CEC) Sikander Sultan Raja and attended by senior ECP officials, the institution said it “objected to and rejected” the accusations against itself and the CEC.

The press release said evidence would be demanded from Swati for the comments he made about the ECP in the standing committee meeting.

Regarding the comments in the press conference, it said “the election commission has decided to issue notices to both ministers so further proceedings can be brought into effect regarding this matter.”

It added that the ECP has also sought the record from the Pakistan Electronic Media Regulatory Authority as well as all material regarding the standing committee incident and the press conference to be presented before it.